In addition to these four people, the BNP Secretary General, Secretary General of the Jatiya Party, Kamal Hossain of Gono Forum, Hasanul Haque Inu of Bangladesh Samajtantrik Dal (JSD) and Rashed Khan Menon of Workers Party have been made defendants in the notice.

The notice was sent on 16 August 2020 Sunday by Supreme Court lawyer Ashok Kumar Ghosh. He himself confirmed the matter to reporters.

He said that within 15 days from the date of receiving the legal notice sent on behalf of President of Bangladesh Minority Action Council, Ashok Kumar Saha, the state religion Islam should be removed from the constitution and secularism should be written. Otherwise, a writ petition will be filed in the High Court on behalf of the non-communal people of Bangladesh.

It is cited in the notice, ‘Under the leadership of Bangabandhu Sheikh Mujibur Rahman for the independence of East Pakistan in protest of the exploitation, torture and illegal activities of West Pakistanis after 1947, we, the Hindus, Muslims, Buddhists and Christians and other citizens won independence in 1971 through a bloody war with the holistic support of India, Russia and other countries. In our holy constitution of 1972, nationalism, socialism, democracy and secularism were the basic principles in running the state with the spirit of independence.’

‘Four years after independence, after the assassination of Bangabandhu in 1975, the principles of the 1972 constitution were changed. Which was not accepted by the intellectual community and the minority people of independent Bangladesh. As a result of the addition of state religion in Article 2A of the Constitution, non-communal Bangladesh has now become communal Bangladesh.’

‘India is now considered a Hindu state for the majority of Hindus and will be constitutionally recognized as a Hindu state in the future. Therefore, for the non-communal consciousness of the world, Bangladesh must be considered as a non-communal country. That is why there will be secularism in the 8th article of the holy constitution. But in no way will the state religion be Islam. ‘

The notice further said that ‘the bill must be passed by a majority of the Members of Parliament, including raising the issue in the form of a bill in the Jatiya Sangsad. Otherwise, Bangladesh will be recognized by the world as a communal country forever. Moreover, the dream of Bangabandhu Sheikh Mujibur Rahman, the father of the nation and the architect of Bangladesh, will not come true.’ 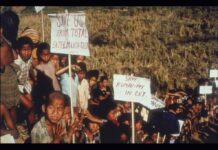