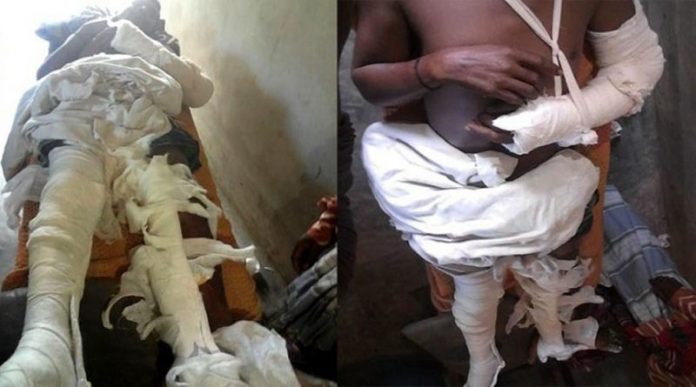 Mama Sunil Hasda and Nirmal Roy were injured in the attack. However, the condition of Nirmal Roy is still known to be critical.

According to the ajahar, Sunil Hasdar has been in dispute with the accused over land for about seven years. A case is also pending in the court regarding the land. Meanwhile, the accused jumped on Sunil Hansda and Nirmal Roy at Shiyal Mor on Wednesday. They attacked with iron rods, sickles, pasli and bamboo sticks. Two legs Nirmal and one arm were broken in the attack. There are also bloody wounds in different parts of the body.

After the attackers left, Nirmal and Sunil Hasda were rescued and taken to the Upazila (Premtali) Health Complex. However, Nirmal’s condition was critical and the on-duty doctor shifted him to Ramek Hospital. Sunil Hansda said that his nephew’s physical condition is still critical.

Officer-in-Charge (OC) of Godagari Police Station Khairul Islam said a case has been registered with the police station over the attack on Nirmal Roy. Police have already started operations to arrest the accused.