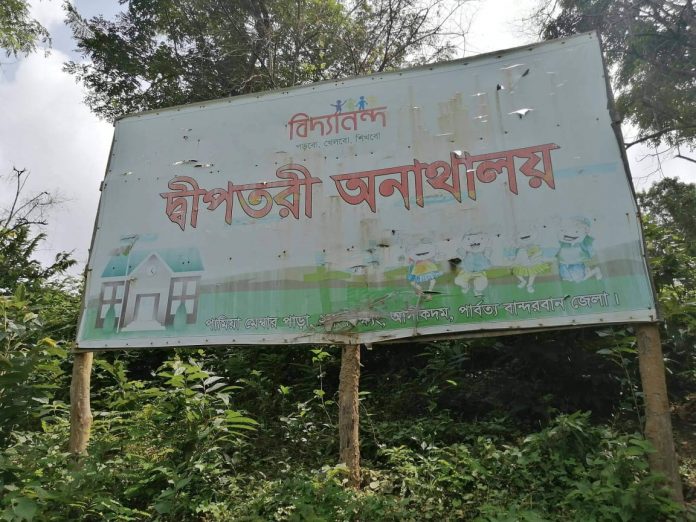 Hill Voice, 7 September 2020, Bandarban: There are allegations of grabbing of lands belonging to the Mro community in Pamiya Karbari Para of No. 290 Mangu Mouza of No. 2 Chaikshyang Union under Alikadam Upazila of Bandarban.

Meanwhile, according to local sources, in 2019, the Bidyananda Foundation’s Dwipatari Orphanage visited Damtua Jharna in our area. A person named Mizanur Rahman.

According to local sources, in 2019, the authorities of Bidyananda Foundation’s Dwipatari Orphanage visited Damtua Jharna in our area. Later, when they liked the land here, they gave money to the headman of Mangu Mouza Langnet Mro and first a person named Md. Mizanur Rahman took the paper in the name of 5.0 acres of land in our possession.

Chungtai Mro and Menwang Mro complained that the Bidyananda Foundation had taken over the lands adjacent to our village in the name of Dwipatri Orphanage. Land grabbing is causing us various problems, such as not being able to cultivate Jum, raising cattle, disturbing the balance of the village environment. Although they initially took 5.0 acres of land, this year they have taken 5.0 acres of land more, all together occupying 10 acres of hillyland.

Md. Mizanur Rahman, the recipient of the deed on behalf of the organization, said that we did not buy land from Langnet Mro Headman’s son Langrao Mro. He has donated 5.0 acres of land to the organization. So, we set up the institution on the land there.

Director of Dwipatari Orphanage Md. Hasan said, “We have set up 3 institutions of Bidyananda Foundation in Bandarban district, 1 in Alikadam, 1 in Naikhyongchhari Baishari Union and 1 in the Puron bungalow area of ​​Chimbuk hill in Ruma upazila. The institution has been set up here only for orphans and orphan students.

He said that no Bengali students are kept here, they are sent to Ramu after passing the fifth grade. Later they was sent to Chittagong. He added that more space is needed here. Because different types of houses have to be built.

Pamia Mro, members and the headman, was called for details on their mobile phones but he could not be reached. 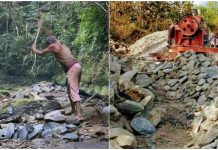