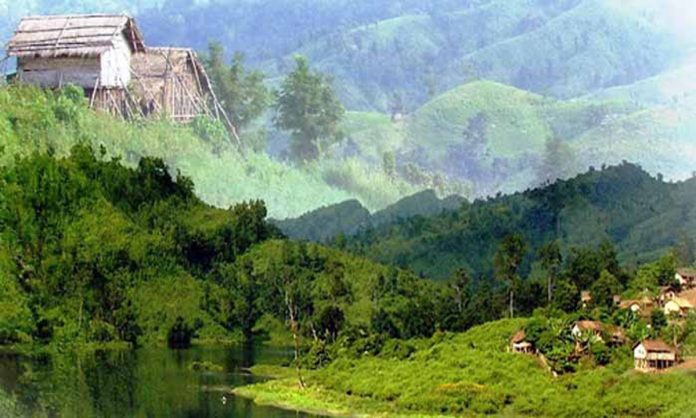 Hill Voice, 24 November 2021: A section of people is engaged in raising questions about the effectiveness of the ‘Chittagong Hill Tracts Regulation 1900’ which recognizes the distinctive features of the people of the indigenous hill people. The law protects the hill people’s traditional, customary land rights and other rights. The Chittagong Hill Tracts (CHT) Accord of 1997 expresses a strong commitment to implement these rights. Therefore, to oppose the CHT Regulation 1900 means to oppose the CHT Accord.

In a statement on Wednesday (24 November), 27 prominent people of the country said this opinion. 2nd December marks the 24th anniversary of the CHT Accord. Before that, prominent people gave this statement. There, they have expressed concern over the protection of the law called ‘CHT Regulation 1900’. On 7 January 1900, the then British government enacted this regulation for the CHT region. The law is considered as the protector of the uniqueness of the hill people, their land rights.

The statement said, “On 2 December 1997, the then government led by Prime Minister Sheikh Hasina signed a historic agreement. This put an end to the unrest in the CHT caused by the erroneous policy pursued by the post-1975 military government. This gave hope to the neglected minority ethnic groups in the hills. But now it is fading away due to the apparent and implicit non-cooperation of a part of our bureaucratic governance structure. The entire country has come out in unwavering support for the policy that the government has pursued for the long-term peace and development of the CHT and the commitments it has made through the signing of the CHT Accord. We are also convinced that the sincere goodwill of Prime Minister Sheikh Hasina in this regard has been reflected in her speeches and actions at various times.

The statement said that the goodwill directives of the Prime Minister at various times have not been properly implemented due to bureaucratic complications. The main problem in the hilly region is the land-centric complexity, which has not yet been resolved. Necessary reforms of the CHT Land Dispute Settlement Commission Act have been made with the goodwill and direction of the Prime Minister and a Land Dispute Settlement Commission has also been formed. However, the issues of adequate budget allocation, adequate manpower and other assistance are still stuck in bureaucratic complexities. Although the draft Rules of the CHT Land Dispute Settlement Commission Act have been submitted in the form of a proposal by the CHT Regional Council, it is still awaiting approval for almost five years.

The spokespersons said, “In the meantime, we are also noticing that a quarter has been engaged in various activities to raise new questions about the effectiveness of the CHT Regulation 1900. However, the issue of effectiveness of the CHT Regulation 1900 has been settled several years ago in a landmark judgment of the Appellate Division of the Supreme Court of Bangladesh. According to the ruling, the CHT Regulation 1900 is not in any way in conflict with the constitution of the country, so the government did not repeal the law. On the contrary, the rights of the minority indigenous peoples including the traditional land rights in the hilly areas provided by this Act have been protected. And the historic CHT Accord signed in 1997 expresses a strong commitment to the implementation of this traditional, customary right. Therefore, opposition to the CHT Regulation 1900 means opposition to the CHT Accord and a naked attempt to obstruct its implementation.”

Demand has been put forward to the government to take steps to prevent any new controversy over the ‘CHT Regulation 1900’ to be carried by the vested group. The statement called for a strong stand against any attempt to oppose the law. At the same time, full implementation of the CHT Accord and making the CHT Land Dispute Settlement Commission more functional was also demanded.

The spokespersons said, “If the CHT regulation 1900 is upheld, but not fully implemented, the bright image of signing the historic Accord achieved by the government and Bangladesh will be called into question in the international arena, especially by all UN agencies. We can’t accept this loss in any way.”