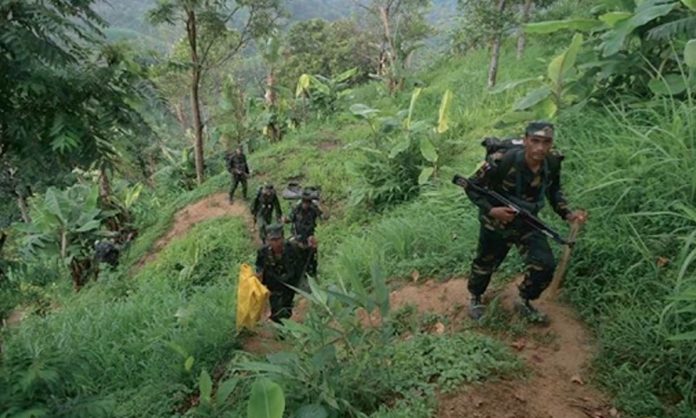 Hill Voice, 5 November 2022, Rangamati: A group of army from Goboghona army camp conducted an operation in three villages of Jibtali Union of Rangamati Sadar Upazila. It was alleged that 4 innocent villagers were arrested and taken to the camp in the said operation.

According to local sources, yesterday Friday (November 4) at approximately 12:00 am, a group of soldiers from the Goboghona army camp conducted an operation in the villages of Ogoiyachari Mukh, Duluchhari Mukh and Guihabachara Mukh of Jibtali Union of Rangamati Sadar Upazila.

During the operation, the army arrested the following four innocent villagers and took them to the camp-