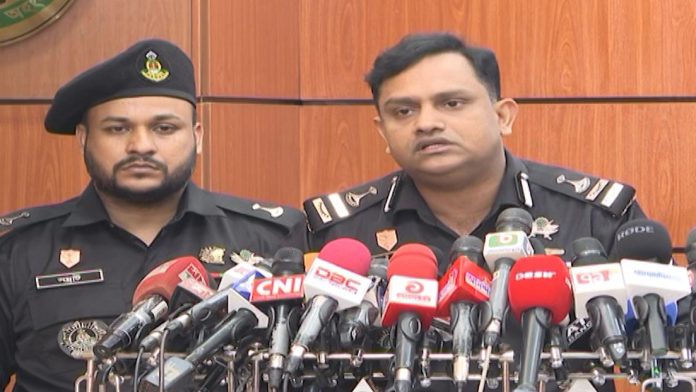 According to RAB, Muntashir Ahmed is one of the associates of Mosharaf Hossain, the head of finance and media wing. It has been two years, he has joined in the outfit.

He said that he would travel to the remote hilly areas of Rangamati and Bandarban at various times to perform his organizational duties. Arrested Ismail and Abdul Quader are the overall coordinators of the members who go for hijrat (migration or moving from one place to another motivating in militancy).

Earlier on October 10, in a press briefing in Dhaka RAB said that the members of Jamaatul Ansar Fil Hindil Sharqiya are being trained by KNF, known as Bawm Party, in the hilly areas. The law and order forces said that Sharqiya have set up arms training camp at the KNF camp in remote hills.

RAB demanded the arrest of seven militants and three members of the Bawm party on October 20 after a joint operation by the army and RAB.  At that time, it was reported that the joint forces personnel recovered country-made weapons from the hub of the Bawm Party and Islamic militants.

In the press conference, Khandaker Al Moin also said that the militant outfit started operations in 2017 and named it as “Jamatul Ansar Fil Hindal Sharqiya” in 2019. So far 26 men of it have been brought under the law.

It is a noteworthy fact that the army-backed KNF, known as Bawm party started armed activities against the CHT Accord and the Chakma, Marma and Tripura indigenous ethnic groups. Since then, the Hill Voice has published several factual investigative reports on Bawm party since last April.

According to an investigative report by Hill Voice, it is known that per month, the Islamic militant outfit provides Tk 30 lakhs as financial support to the Bawm Party.