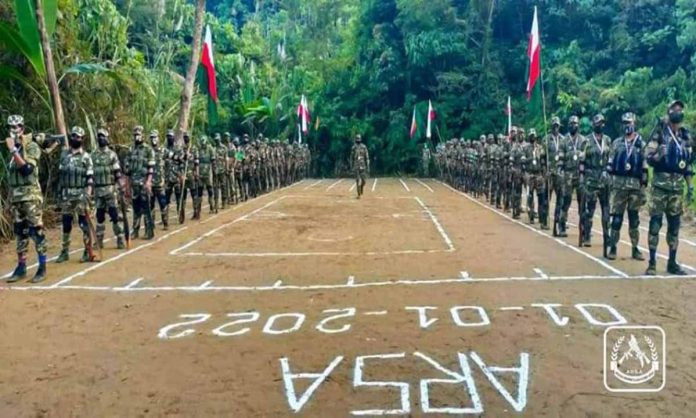 According to local sources, the Rohingya Muslim militant groups are operating in the area adjacent to the Bangladesh-Myanmar international border with the help of local camp authorities of Border Guard Bangladesh (BGB) and security forces.

According to local sources, local Jumma villagers, particularly women, are afraid to move due to various persecutions by the ARSA/RSO armed groups in Jamirtali Khal under Reju Mouza of Ghumdhum Union.

On November 15, 2021, in the morning, two Jumma women from Jamirtali Para, who did not want to be named, told the Hill Voice that ARSA/RSO armed militants searched all their belongings without any allegation as soon as they reached Jamirtali Khal that morning while going to Baraitali Bazar.

They alleged that ARSA/RSO members had been searching all the belongings of Jumma men and women while coming and going in the market for long before.
Thus the harassment in the name of search has created panic among the local Jumma residents.

They do not dare to say anything for fear. On the other hand, they alleged that the local law and order and security forces were pretending not to see.

It may be mentioned that on November 24, 2016, three Marma villagers named Monghla Ching Marma (45), Thuihla Mong Marma (32) and Catching Thowai Marma (22) were abducted and then killed by Rohingya armed group from Kamichara Masiba Para of Dochhari Union in Naikhyongchari.

It is learnt that the three victims went fishing in the hill streams that day but did not return. The area is home to Rohingya militant groups. There are allegations that the BGB and police forces, including the local administration and people’s representatives, did not take any action to rescue the abductees.

According to the locals, the Rohingya militants have so far abducted and killed 8/10 local Jum farmers and indigenous Jumma villagers.