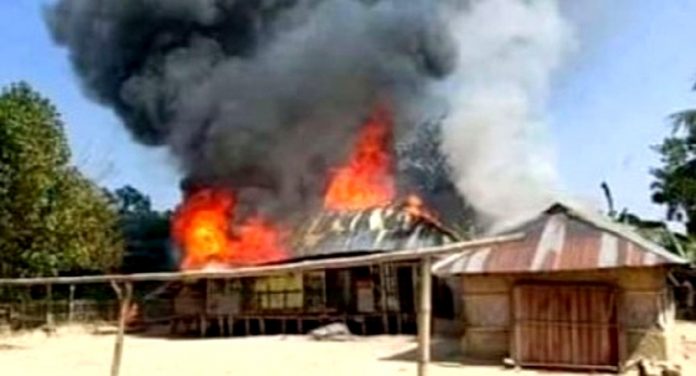 Hill Voice, 10 March 2020, Manikchari, Khagrachari:  On 10 March 2020 a group of Bengali settlers burnt to ashes a Buddhist temple at Aungya Para of Tintahari union of Manikchari upazila in Khagrachari district.

It is alleged that though there are army and BGB camps near to the Buddhist temple, but they played passive role while Bengali settlers were setting fire to the temple.

Properties of the temple worth some thousands of money were damaged in this arson attack and two monks of this temple were injured.

It is reported that Bengal settlers have been trying to occupy land of the temple for long time.

Prior to the incident, they engaged in quarrelling with the chief mong of the temple several times and hreatened to leave temple soon.