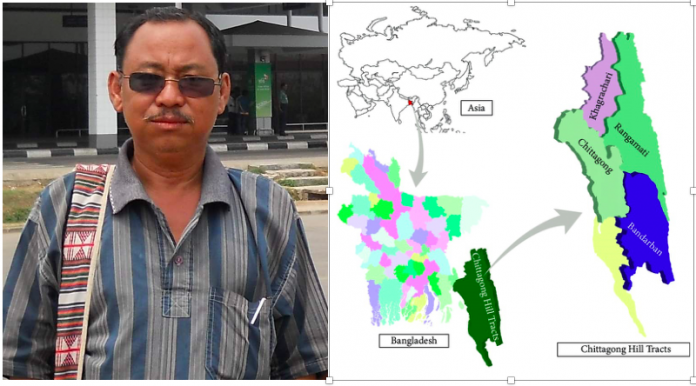 ‘The 17th August shall be observed as the Black Day by the Chakma community people living in the northeast India every year’ – the resolution, which was adopted in the first national convention of the Chakma National Council of India held on 24-25 March 2016 in Guwahati, Assam. Accordingly, last year the special Black Day has been observed at the same time in the Chakma inhabited areas of Assam, Mizoram, Tripura and Arunachal Pradesh of India. Besides, the day has also been observed in Kolkata, New Delhi, Mumbai, Bengaluru, etc. cities. Like every year, this year too, this day will be observed as Black Day. However, due to the COVID-19 pandemic, there will be no processions or rallies this year. Instead, a virtual discussion meeting will be held, which will be broadcast live on Facebook and Facebook pages. The online discussion will be attended by people of the Chakma community from different states and regions of India and from different parts of the world, including journalists and civil society, regardless of race, religion or party affiliation.

Now naturally, the question may happen to arise in many – why to observe the day? Why the 17th August has been identified as the ‘Black Day’ by the Chakma society of India and the outer world? Here, it necessitates to put some light in this regard to satisfy the query and curiosity of people of all walks of life and for their information as well. 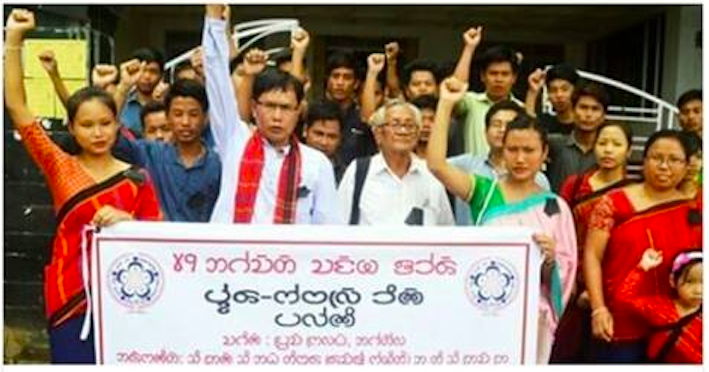 As we are aware, to the Indian people of all strata, the 15th August 1947 was the day of enjoying the taste of brightened, proudly and ever-memorable-so-longed freedom breaking the chain of British domination. But many of us are not aware that the15th August was the day overwhelmed with extreme anxiety and depression to the people of Chittagong Hill Tracts (CHT). Though the CHT people, having been sentimentally driven in oneness together with the freedom-loving people of India, hoisted the tricolor flags atop their own lanes yet the worry continued to reign in their mind. Because, there had been the uncertainty as to whether CHT would be annexed to India or be tagged with Pakistan. In no time of passing two nights tensed with uncertainty, it came to be known officially that CHT region was awarded to Pakistan on 17th August 1947. In factual reality, the 17th August 1947 was the day extremely unendurable and nightmarish to the Chakma community people as a whole and it was beginning of a ‘black chapter’ in the history. Ever since that very day, though it has passed 72 years, the two queries that go round searching for the right answers are:

The Black Day is a representational expression of untold woes that includes: the agony for unavailability of the right answers to the questions; to speak the truth, direct sufferings from bad effects of the unjustified partition in 1947; anger, speechlessness and pressing conscience created out of ever-flowing nightmare, miseries, instability, helplessness, sufferings for the termed emigrants in own birth land, ethnic cleansing, etc. amid the Chakma community society – ‘a people’ branded afresh as so called Diaspora of South Asia.

Now, let’s have a look back on some events of contemporary period of the country’s partition. But it is felt necessary at least to have a concise discussion about the British royal officials and Indian leaders involved in the partition mechanism.

In order to translate will of the British government through somehow giving birth to two separate states in coordination with consent of the Indian leaders, in March 1947, there had been sent such a royal figure as the new Vice Roy who was sovereign from the Cabinet of England and had the capacity to decide at his own; and he was none other than the blue-blooded Lord Luis Francis Albert Victor Nicholas George Mountbatten, in short, Lord Mountbatten. Before leaving for India, he told his cousin brother, the British-India Emperor George-VI that he would stay in India till July 1948 and not for even one day more beyond the timeline. After arrival in India, having met with Gandhiji separately, he had random talks with the leaders of two contending parties of Indian National Congress and Muslim League; and for partition of India, he organized two Commissions namely, Bengal Boundary Commission and Punjab Boundary Commission to determine the boundary lines.

Each Commission had 4 members apart from the Chairman concerned.  For both the Commissions the person appointed as Chairman was Sir Radcliffe who had never landed in India earlier (Being so was said to be criterion of impartiality!). Sir Radcliffe arrived in India on 8 July 1947. His given tenure was only 5 weeks or 35 days. It was fact that within a time span of 36 days, having completed the boundaries of two countries including maps, documents, etc. (of course, barring verification of all boundaries) he left for England at late hours of 13 August 1947 i.e. on 14 August 1947. Now question arises as to how he had completed the hardest job of parting India within so short a time limit? It is a matter to regret that it lacks enough space to analyze and judge the issue. Because Radcliffe bagged all the documents including the letters of objections that he had used, only to reduce them to ashes as soon as reaching England.

Things being so, having reviewed the materials available with the write-ups of various authors, some information has been furnished herein below:

1) Final report of the Boundary Commissions was though made available to Lord Mountbatten on 13 August, it was distributed to the National Congress and Muslim League offices in the afternoon on 16 August 1947. Then, is it that the leaders of both the parties including Nehruji and Muhammad Ali Jinnah already knew the last partition information? If not, how did they celebrate their respective independence days?

2) If they had already known, then why the Provincial governments had not been pre-alarmed to prevent the communal riots that underwent during the partition hours? As such, at least losing lives of some souls would have been avoided.

3) Boundary line award of India and Pakistan was finalized on 13 August 1947 and it was duly informed to Nehruji and Patelji on time. It was said that Patelji got furious to see the annexation of CHT to Pakistan and wrote a letter with harsh words to Lord Mountbatten. Even then, why the issue was not rectified promptly? Was it just an eye wash?

4) 19th July 1947, was the scheduled day for hearing on the CHT issue by the Bengal Boundary Commission and the Commission Chairman Radcliffe was not present in the meeting that day. Then why such situation was to arise? Was it just to skip various aspects of the CHT issue? On the other hand, though weighty leaders from Muslim League were present during the hearing, none as such from the National Congress was present in the hearing. The other side of the coin was that the party with which the hearing was to be heard, none from their leadership was invited to the meeting – no opinion from them was heard.

5) From among the 4 members of the Commission, two members namely, Justice Bijan Kumar Mukherjee and Justice Charu Chandra Biswas submitted a 7-page-strongly-argued report to the Commission against ceding of the CHT to Pakistan during hearing on 13 August 1947, the issue of which Radcliffe did not pay importance and rejected straight way.

6) Justice Muhammad Munir, member of Punjab Boundary Commission expressed his astonishment at annexation of the CHT to Pakistan. According to him, the act had been absolutely out of the given principles.

7) Indigenous leader Joy Paul Singh, member of the Indian Constituent Assembly, while protesting against inclusion of the CHT in Pakistan, said that the wrong ought to have been rectified.

8) What is the reason on part of Sir Cyril Radcliffe to bag all the Boundary Commission papers and burn them to ashes in England? Was it an attempt to get the evidences of sinuous deeds on the CHT and Punjab disappeared for once and all?

9) It is learnt that on issue of the CHT’s annexation to Pakistan, Radcliffe’s principal argument was: ‘This region is located at the very brink line. It has no geographical linkage with the West Bengal and if it is not annexed to Pakistan; its economy will soon get collapsed’ and so on. Such were Radcliffe’s lame arguments – like that of the tale of ‘Tiger and the lamb.’ By some reasons or the other, lamb has to be killed. Otherwise, why had he by-passed the geographical linkage with Assam? In this regard, Sneha Kumar Chakma, an indisputable leader of the CHT, had repeatedly informed the Commission and Congress leaders through Memorandum since inception of the Bengal Boundary Commission.

10) Later, during post partition, once Nehruji openly admitted that annexation of the CHT to Pakistan had been a blunder. If Nehruji’s remorse had been true, why he did not step up remedial action by raising the issue at international level during his life time. In this regard, subject to analysis and judging the available holistic information and data, it may be concluded that the future of the CHT had not been given thought with sympathy by the Indian leaders and the British royal figures, at all. Thus, the indifference had comprised the historical blunder. Otherwise, how the region inhabited by 98.5% non-Muslim was ceded to the Islamic state Pakistan? Nobody can say for a certain as to whether the historical blunder will be rectified in the future. In this backdrop, the generation of 21st century has declared the 17th August as Black Day for commemoration of the past wrongs by own nationals – with a hope that out of recalling, our nationals will be able to gain back self-motivational force.