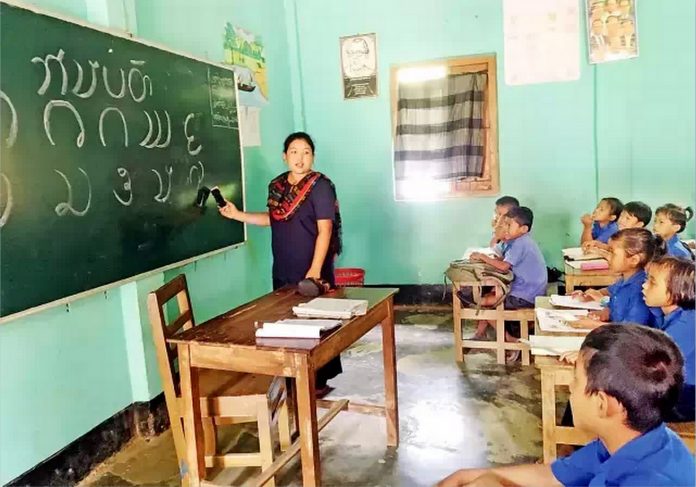 This ground-breaking initiative by the government was greeted by indigenous communities as a step forward towards fulfilling their long-standing demand for opportunities to read and learn in their respective languages at the primary level to begin with.

However, this noble initiative seemed to have got stumbled at the beginning as it was apprehended that it might fail to achieve the objective of publishing pre-primary books in indigenous languages.

It was found out that due to non-availability of adequate number of trained and qualified teachers in many indigenous areas of the country, the pre-primary books in indigenous languages had been of little use.

Although in some places a few new teachers had been appointed and a number of existing teachers were provided with training, it was reported that neither the number of qualified teachers nor the duration of the training was enough to make good use of the textbooks.

For instance, 350 teachers of Rangamati Hill District had received a 14-day long training to teach in indigenous languages and the Hill District Council confirmed that about the same number of teachers from the same district would receive training in the next phase.

Concerned experts, however, claimed that the duration of the training was in no way adequate to make teachers competent enough to effectively use the newly introduced textbooks.

Unlike in Rangamati, there were many indigenous-populated areas in the country where not a single teacher had been recruited or received any training in the language concerned.

There were still many areas domiciled by indigenous peoples where sufficient number of schools, teachers and other infrastructural facilities were utterly absent.