Hill Voice, 06 October 2019, Lalmonirhat:  A minority rape victim has stopped attending school classes at Aditmari in Lalmonirhat in Bangladesh as the two reportedly absconding rape suspects are threatening to withdraw her case.

It is learnt that the accused Bayjid Islam and Ripon Islam allegedly abducted the class VI girl from her house to a remote place and raped her on 3 October 2019. Later the locals rescued the victim and took her to Aditmari Health Complex. On 4 October 2019 she was transferred to Lalmonirhat General Hospital and treated there until 6 October.

According to family sources, the girl and her family were living under threat as a local union council member kept them under pressure to withdraw the case in exchange of Tk 50,000. The girl has already stopped attending the school classes as the rapists were threatening her family. 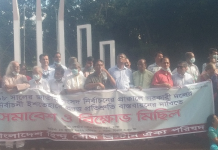 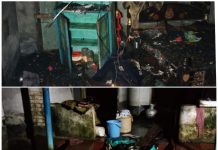 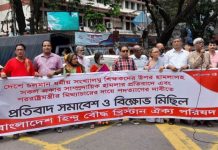