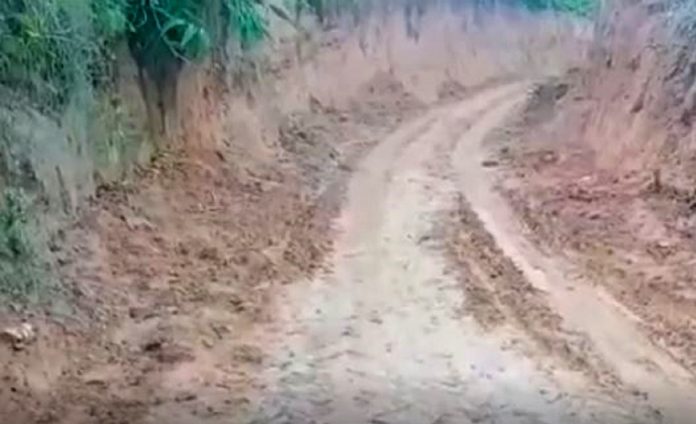 An Upazila Nirbahi Officer (UNO) of Khagrachhari district has been accused of buying hilly land in violation of the Chittagong Hill Tracts Regional Council Act and Hill District Council Act. In addition, a wide road has been constructed by cutting a huge hill with a excavator in violation of the Environment Conservation Act to facilitate the entry of vehicles on the purchased land. Besides, free solar provided by the government for the people of remote areas have also been used as street lights there.

According to the Chittagong Hill Tracts Peace Accord, no one can buy land except the permanent residents of the three hill districts, despite so, a number of multinational companies, government officials and outsiders have purchased hundreds of acres of land in different parts of Ramgarh upazila of Khagrachhari managing the administration and made plantation there.

Confirming the sale of the land to UNO Badruddauja, one of the sellers, Md. Musa Ahmed, said the land was bought by an association of Comilla under control of Ramgarh UNO at a cost of Tk 2.5 lakh per acre and the khas land in their possession at Tk 1.0 lakh per acre. However, one of the land sellers complained that UNO A N M Badruddauja, without paying the full amount of land or registration, has built a road on the land by cutting hills and made plantation.

According to Section 6(b) of the Environment Conservation Act 1995, no person or organization can cut or redeem hills and mounds owned or occupied by a government or semi-government or autonomous organization. But in violation of this, a wide road has also been constructed by cutting a big hill with an excavator to facilitate the entry of vehicles into the land from the Khagrachhari-Dhaka main road. 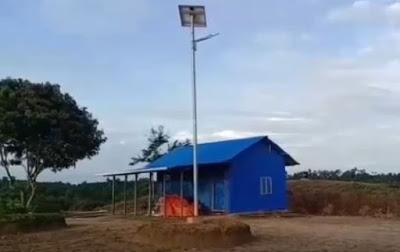 However, this is not the end, various lighting has also been done there. A number of solar powered street lights have also been installed. There are allegations that even though no power facility or solar power facility has reached various inaccessible and remote areas of the upazila yet, UNO A N M Badruddauja has completed the lighting on the purchased hill using solar allocated free of cost for the poor and helpless people in remote areas.

There are allegations that the Prime Minister’s Ashrayan Project for the helpless is being built there as part of a plan to build a luxury resort on the land, showing fake documents.

When contacted, Mangshweprue Chowdhury, headman of No. 229 Ramgarh Mouza, said he did not know anything about it. However, he also said that it is completely illegal for any outsider to buy land in the hills.

With the identity of a representative of a private satellite television channel, when asked A N M Badruddauja about this allegation, he behaved rudely to the reporter on his mobile phone and cut off the line staying that he did not know this television channel.

Chairman of Ramgarh Upazila Parishad Bishwa Pradip Karbari said he knew nothing about the matter and a government official could not buy land in the hills.

The locals are worried about the purchase of land by the UNO in violation of the law, cutting down the hills and setting up houses and solar panels provided by the government for the helpless. Locals believe that only a proper government investigation and effective action can stop the recurrence of such incidents.