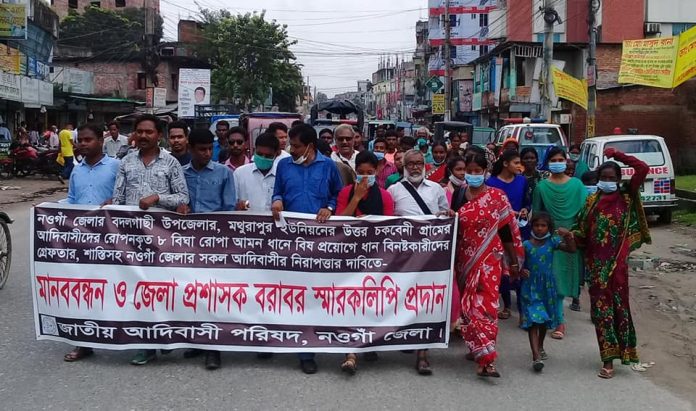 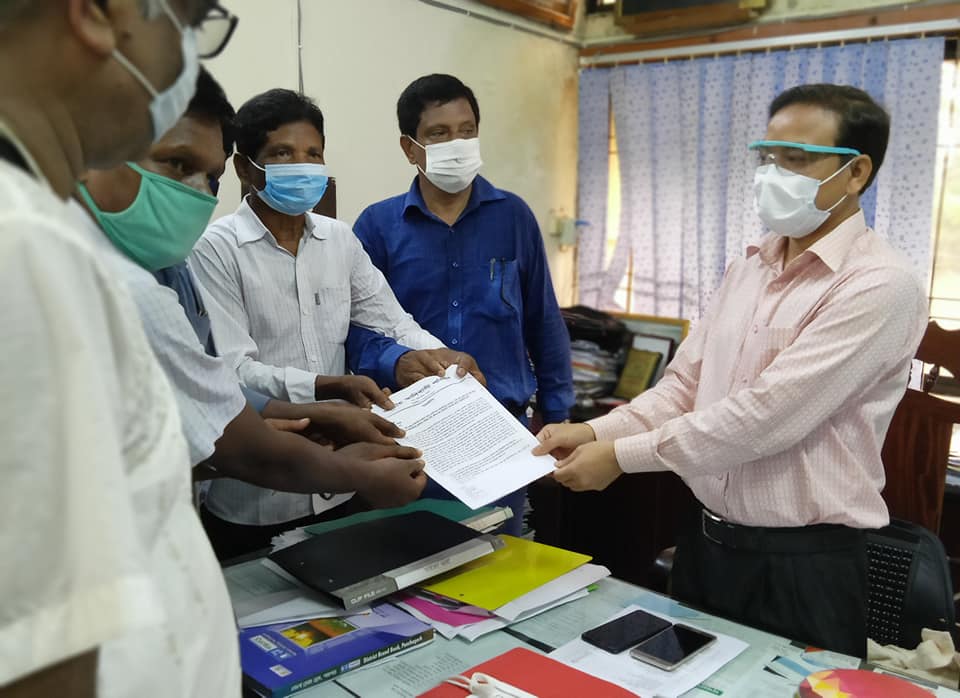 Speakers at the human chain said that the land robbers have filed eight false cases against the indigenous people for destroying 8 bighas of aman paddy in Badalgachhi’s Chawkbeni by applying poison. The speakers demanded the immediate withdrawal of the 8 false cases and removal of officer-in-charge of Badalgachhi police station as he took the side of the land grabbers.

Speakers warned that a greater movement would be called if the false cases against the indigenous people of Chokbeni were not withdrawn and compensation will not be provided.