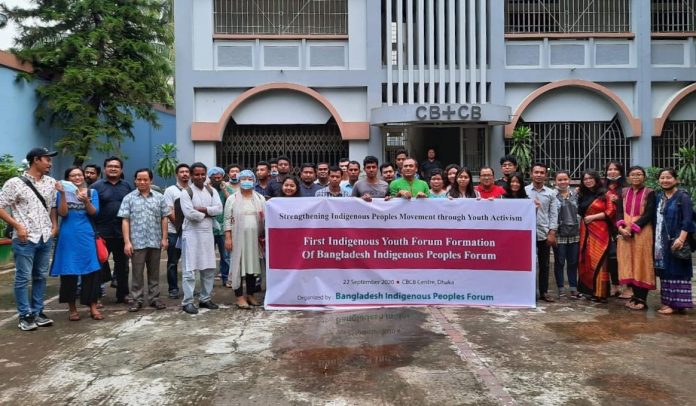 At the end of the conference, a 15-member Convening Committee of Bangladesh Indigenous Youth Forum was formed with Ananta Bikash Dhamai as the Convener and Antony Rema as the Member-Secretary. It is said that the committee will form a full-pledged committee within the next six months to further accelerate the indigenous rights movement. Ripon Chandra Banai, Student and Youth Affairs Secretary of the Adivasi Forum administered the oath of office bearers to the Convening Committee.

It is to be noted that The BIPF was formed in 2001 under the leadership of Jyotirindra Bodhipriya Larma (Santu Larma), President of the Parbatya Chattagram Jana Samhati Samiti and one of the signatories to the CHT Accord. Since its inception, the BIPF has been playing a leading role in establishing the human rights of the indigenous people of Bangladesh in the collective struggle of the indigenous people of the hills and plains.