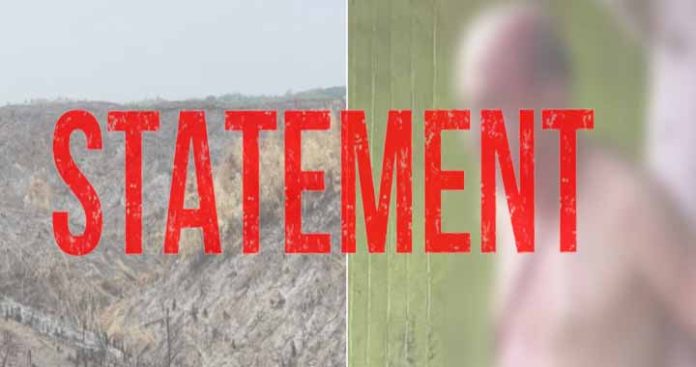 Hill Voice, 8 May 2022, Bandarban: A joint statement was issued by 16 citizens condemning and protesting the burning of about 350 acres of Jum land and natural forest in Langkom Para, Rengen Para and Joychandra Para of Lama upazila in Bandarban district and the torture of Jiten Kanti Guha, the former president of Haidgaon Union Awami League of Patiya upazila under Chittagong by tying him to a tree. In a statement sent to the media on Saturday (7 May), they also demanded a proper investigation and trial of the two incidents and called on the government authorities concerned to provide proper compensation to the victims.

The statement, signed by Shamsul Huda, executive director of ALRD, said that an Awami League leader named Jiten Kanti Guha had been tied to a tree and tortured in Patiya upazila of Chittagong on April 29. Locals rescued him and admitted him to Chittagong Medical College Hospital. The accused Union Parishad (Council) Chairman B K Jasim and his son were arrested by police the next day after a video of the torture was spread on social media.

Two days earlier of that, on April 26, the natural forests for Jum cultivation of indigenous Mro and Tripura people in Langkom Para, Joychandra Karbari Para and Rengen Karbari Para of Lama Upazila were set on fire. The fire destroyed about three hundred and fifty acres of Jum plantation including paddy, bamboo, mango, banana, pineapple and various fruit and forest trees. Indigenous people in the affected areas alleged that people from a company called Lama Rubber Industries Ltd. set the plantations on fire deliberately to occupy the land. They are suffering from the fear of eviction.

The signatories of the statement are of the opinion that these two incidents bear witness to its recent continuity that a quarter of social criminals, disguised communal miscreants and land grabbers blessed by the influential quarters have been carrying out persecution, eviction, oppression day after day, year after year one after another over Indigenous ethnic groups, religious minorities and other marginalized men and women all over the country.

Meanwhile, in the first incident, referring this clearly that some people uttered Bangabandhu’s ideology, the spirit of Ekattar, equality and non-communalism only as a rhetoric, but in reality they do not hesitate to carry out extreme communal activities for over the past two decades, the statement further added that due to the lack of proper investigation or trial, incidents of assault and torture of people belonging to the minority community in different parts of the country and due to the questionable role of the ruling party and part of the administration, one after another violence has been taking place over minority people. Such incidents will continue to happen in the future if the injustice of the previous incidents is sustained. Expressing condemnation and indignation to the incident of torture on Jiten Kanti Guha, the spokespersons demanded to ensure speedy trial and exemplary punishment by identifying those involved through proper investigation of the incident.

At the same time, the prominent personalities demanded for an independent, prompt and effective investigation into the burning of Jum plantations in the three neighborhoods of Lama Upazila and demanded appropriate legal action against the involved persons, as well as adequate financial compensation to the 40 affected families and make the investigation report public to the people.

Citing the newspaper reports, the spokespersons said that most of the residents of the neighborhoods have been suffering from food crisis as their plantations were on fire and they had no food in their houses. They are also in crisis of drinking water. Eating boiled vines and forest leaves of the jungle they have been passing an inhuman life with hardly twice a meal. They also demanded the administration to ensure the supply of food and drinking water to the victims. At the same time, the citizens called upon the conscious civil society to stand by them. The citizens strongly demanded that the highest administration should come forward to provide security to the indigenous people suffering from eviction panic and food crisis. 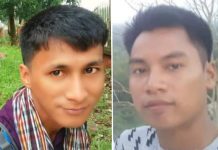