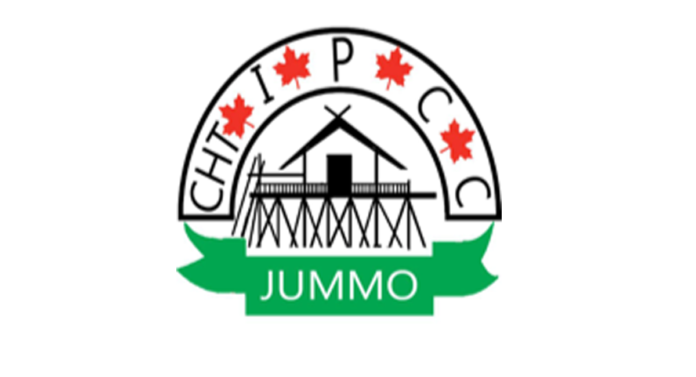 Hill Voice, 8 December 2020, International Desk: The CHT Indigenous People’s Council of CANADA (CHTIPCC) and International Council for the Indigenous Peoples of the Chittagong Hill Tracts (ICIP-CHT) demand to stop building a five-star hotel and an amusement park in the Mro-inhabited area in Bandarban of CHT.

In the joint urgent appeal, they expressed their fear and deep concern about the building plan of a five-star hotel and an amusement park in the Mro indigenous peoples inhabited areas in the CHT of Bangladesh.

Appealing attention of the Prime Minister and CHT Affairs Ministry, they said that the Mro community is a very small community, now on the verge of extinction in their own land. Many of their families had left Bangladesh for Myanmar in 2018 because of many reasons such as land grabbing by powerful people, insecurity, poverty, eviction, and so on.

They added that the Sikder Group’s subsidiary R&R Holdings Ltd and the security forces have taken an initiative to build a five-star hotel and an amusement park at Kaprupara, Dolapara and Shong Nam Hung of 302 Lulaing Mouza and 355 Sepru Mouza.

They opined that the plan for this project clearly reminds them the famous comments passed by the military officials in 1984: “We want the land, not the people” “a soldier screaming while thrusting a Chakma woman’s private parts. No Chakma will be born in Bangladesh” (Genocide in the CHT, Wolfgang Mey, 1984).

CHTIPCC & ICIP-CHT further added, the Mro people, although very small in number, poor and powerless, are not passive victim. They are now waging war against the project through protest demonstrations, marches, meetings and rallies. They have earned a wide range of support from more than nine local Indigenous organizations, 62 eminent intellectuals of Bangladesh, many social activists and other national and international human rights organizations against the building of the hotel and the amusement park. The following national and international organizations also have expressed serious concerns about the project: CHT Commission, Citizens Committee, IWGIA, AIPP, Amnesty International and so on.

The CHTIPCC) and the ICIP-CHT pointed out that the Five Star Marriott Hotel and amusement park project in Mro inhabited area violates the rights to ‘free, prior, informed consent’ of the indigenous Mro people as the government (Bangladesh military) did not seek consent of the Mro people, the CHT Accord of 1997, the Hill District Council Act of 1989, traditional Land Rights of Mro People recognized in the CHT regulation of 1900 (Act 1 of 1900), the UN Declaration on the Rights of Indigenous Peoples of 2007, the ILO Convention of 1957 (No. 107) and 1989 (No. 169).

The joint urgent appeal states that the CHT Accord was signed in 1997 with the right to self-governance including land rights, with the aim of resolving the CHT problem in a political and peaceful means. However, the plan to build five-star hotel and amusement park by evicting the Mro people and taking their land away without their consent is tantamount to eradicating the Mro people nationally and violation of land rights of Mro people.

The joint statement further states that at present, the military rule ‘Operation Uttoron’ imposed in 2001 violating the CHT Accord and military supremacy have become the main obstruction on the way to implementing the Accord and protecting and promoting the land rights of the Indigenous peoples in the CHT including the Mro community.

The CHTIPCC) and the ICIP-CHT put demands to immediately stop building the Five Star Marriot Hotel and amusement park; to stop acquiring lands from Mro people and evicting them from their ancestral land; stop all forms of atrocities on Mro and Indigenous peoples of the CHT as a whole, to stop military rule in the CHT and to handover all decision-making powers to the Regional Council and three Hill District Councils.