New York based Human Rights Watch also said that activists continued to call for the full implementation of the Peace Accord in the Chittagong Hill Tracts. Despite the High Court asked the Home Ministry on 21 May to submit a report on the progress of investigation within five weeks regarding disappearance of an indigenous rights activist named Michael Chakma, there had been no response from the Home Ministry at time of writing

Full text of World Report 2020 of the Human Rights Watch published recently are as follows:

Bangladesh’s ruling Awami League government ignored calls during the year for an independent investigation into serious allegations of electoral fraud after the December 2018 national elections.

Impunity for abuses by security forces, including enforced disappearances and extrajudicial killings, remained pervasive. The government continued to violate international standards on freedom of speech in its crackdown on government critics.

Host to nearly 1 million Rohingya refugees from neighboring Myanmar, Bangladesh has kept its commitment under international law not to force returns. Conditions in the camps worsened, however, as the government resisted infrastructure improvements, repeatedly threatened to relocate refugees to a potentially uninhabitable island, and took steps to restrict freedom of movement and access to the internet in the camps.

In March, following strikes in which workers demanded wage hikes, at least 7,500 garment workers were dismissed from their jobs in the largest crackdown on workers in Bangladesh in years.

More women entered the workforce and the country made another step towards gender equality when the High Court removed the requirement that Muslim women in Bangladesh declare whether they are virgins on their marriage certificate. 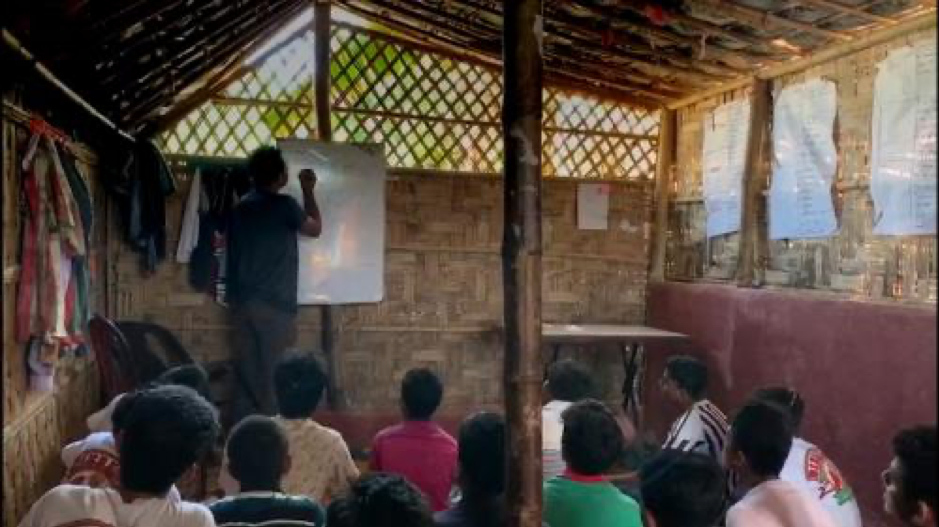 The national election on December 30, 2018, was characterized by abuses including attacks on opposition members, arbitrary arrests, and voter intimidation. The ruling Awami League led coalition won 96 percent of the contested parliamentary seats and Prime Minister Sheikh Hasina returned for a third consecutive term. The Election Commission rushed to call the election free and fair. Instead of investigating irregularities, Bangladesh authorities arrested journalists for their reporting.

The government ignored calls for an independent investigation into allegations of election fraud from the European Union, United Nations, Unuted States, and United Kingdom.

Khaleda Zia, leader of the opposition Bangladesh National Party (BNP), has remained in prison for nearly two years at time of writing over longstanding corruption cases.

Freedom of Expression and Association

The silencing of critics, journalists, students, and activists did not subside, even after the Awami League claimed the 2018 election. Instead, the landslide victory seemed only to embolden authorities in their crackdown.

Journalists faced pressure to self-censor or risk arrest. The Digital Security Act, passed in October 2018 to replace the often-misused Information and Communication Technology Act, included harsher provisions that have been used to penalize criticism of the government. The Bangladesh’s Editors’ Council, an association of newspaper editors, said that it effectively prohibits investigative journalism. But the government refused to budge despite repeated calls to bring the law in line with Bangladesh’s international commitments to protect freedom of expression.

Authorities increased internet censorship. The government blocked nearly 20,000 websites in February in what was described as an “anti-pornography” sweep, but which included a number of popular blogging sites. In March, the National Telecommunication Monitoring Centre blocked access to Al Jazeera’s English news website after the news agency published a report citing allegations against Prime Minister Sheikh Hasina’s security advisor.

The government continued to deny enforced disappearances, extrajudicial killings, torture and other violations by security forces including by the Rapid Action Battalion, Directorate General of Forces Intelligence (DGFI), or the police, particularly its Detective Branch. Security forces persisted with a long-standing pattern of covering up unlawful killings by claiming deaths occurred during a gun-fight or in crossfire. Hundreds were killed in alleged “crossfire” exchanges including during a drive against recreational drugs.

Bangladesh continued to host and contribute humanitarian services to Rohingya refugees who fled ethnic cleansing by the Myanmar military since August 2017. However, conditions in the camps deteriorated as the government increased pressure on refugees to return to Myanmar. According to the United Nations High Commissioner for Refugees, many refugees require psychosocial support due to the psychological impact of conflict and difficult conditions in the camps, but mental health services are not sufficient.

In August, Bangladesh attempted for a second time to begin repatriations. Refugees refused, fearing that they would face the same violence and oppression in Myanmar that they fled.

In September, the government restricted refugees’ access to the internet and online communications. Bangladesh made repeated threats to relocate refugees to the silt island of Bhasan Char, despite serious concerns over the island’s habitability.

In November, the government announced that work had begun on building fences around the refugee camps in Cox’s Bazar, a measure neither necessary nor proportional to maintain camp security and therefore in violation of international human rights law.

In early 2019, over 50,000 garment workers participated in wildcat strikes protesting changes to the minimum wage. Police used excessive force to disperse the protesters, killing one worker and injuring over 50. At least 7,500 garment workers were dismissed from their jobs. Many of these workers were blacklisted from work at other factories.

The Bangladesh Accord on Fire and Building Safety, a legally binding agreement between unions and brands established in the wake of the Rana Plaza disaster to ensure factory safety, transitioned to the Readymade Sustainability Council, a national monitoring mechanism.

Activists continued to call for the full implementation of the Peace Accord in the Chittagong Hill Tracts. Over 20 years after the peace agreement, the region remains under military occupation and indigenous rights activists face threats of arrest, enforced disappearance, and violence.

On April 9, Michael Chakma, an indigenous rights activist, disappeared on his way to Dhaka. On May 21 the High Court asked the Home Ministry to submit a report on the progress of investigation within five weeks. There had been no response at time of writing.

Protests broke out nationwide calling on the government to reform and enforce Bangladeshi laws and practices concerning sexual assault after Nusrat Jahan Rafi, 19, was burned to death after she filed a complaint of attempted rape against her madrassa teacher. Authorities failed to properly enforce laws to protect women and girls and have yet to pass legislation on sexual harassment.

Bangladesh continues to have one of the highest rates of child marriage in the world. Prime Minister Sheikh Hasina committed to end marriage for girls under 15 by 2021, but there was little meaningful progress during the year. Instead, a special provision remained in effect that allows for child marriage in “Special cases,” with permission of their parents and a court.

Sexual and gender minorities remained under pressure and threat following the killing of two activists in 2016. The government failed to properly enforce policies protecting rights of hijras.

The Bangladesh government ignored or dismissed key recommendations, particularly with regards to credible reports of electoral fraud, crackdown on free speech, torture practices by its security forces, and increasing cases of enforced disappearances and killings.

In March, Bangladesh welcomed the Office of the Prosecutor of the International Criminal Court (ICC) on its first mission to Bangladesh as part of a preliminary examination into alleged crimes against humanity against ethnic Rohingya from Myanmar.

After a visit to Bangladesh, European Union Special Representative for Human Rights Eamon Gilmore emphasized the importance of labor rights to bilateral EU-Bangladesh relations and in the trade relations under the “Everything but Arms” trade scheme.  In September, the European Parliament commended Bangladesh’s efforts hosting Rohingya refugees, and called on authorities to guarantee full and discrimination-free access to quality education for Rohingya children; lift restrictions on internet access, online communications, and freedom of movement; and ensure the security forces operating in the camps uphold all standards to protect refugees’ personal security.

India failed to speak up against human rights violations in Bangladesh, including against the political opposition.

China resisted international efforts to hold the Myanmar military accountable for abuses against the Rohingya, and instead pushed for repatriation. Bangladesh accused Myanmar of failing to create conditions that would enable the safe and voluntary return of Rohingya refugees.