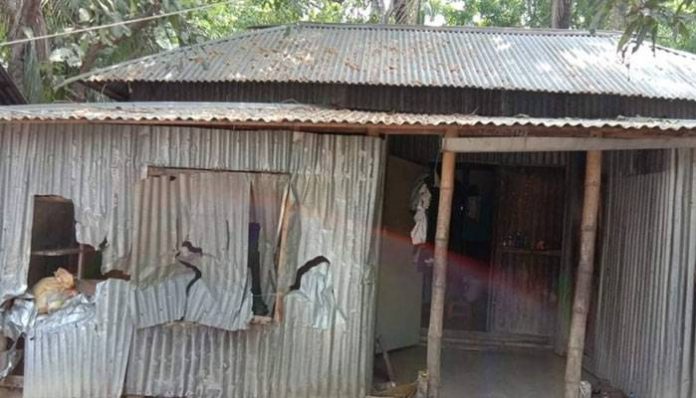 Hill Voice, 19 April 2020, Faridpur:  Terrorists have attacked a house of Hindu community including vandalism of temple and arson and looted gold jewelry and money at Alfadanga in Faridpur district for not giving money as illegal toll. Seven persons have sustained injuries due to inhuman torture and chopping by miscreants.

The incident took place on Saturday 18 April at the village of Titurkandi in Togarband union of the Upazila. UP member Asit Kumar Sarker filed a case with Alfadanga police station against Shahin Sheikh as the main accused.

Asit Kumar Sarkar, the plaintiff of the case, said that since the case filing, the accused persons have been threatening to withdraw the case, we are in insecurity. They took our fishing trawler engine from the river.

Shahin Sheikh said that he was not involved in the incident. A vested group is hatching conspiracy to entangle him by filing a false case against him.

Officer-in-Charge (OC) of Alfadanga police station, Rezaul Karim confirmed the incident and said that a case has been taken in this regard. Police are on track to arrest the accused.