Hill Voice, 18 April 2020, Chittagong:  GPH Ispat (GPH Steel), an institution that invests the most amongst the steel industries is now charged with an allegation of having completed all the avenues leading to evict an indigenous Tripura village in Sitakundu upazila of Chittagong district. Meanwhile, the road to the village has been blocked and even the pond that comprises the only water source of the villagers has also been occupied. 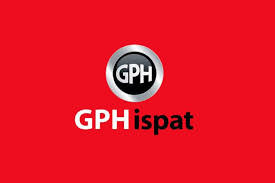 The Tripura villagers are to say that they are leading a hellish life for not having lands of their own. On the contrary, the GPH authority is to say that they are looking after the village. The Upazila Nirbahi Officer (UNO) of Sitakunda upazila says that he is not informed of the matter and he would take action on receipt of allegation to that affect.

The Tripura village of 30 families is located in the hill slope – only a half kilometer away from the Dhaka-Chittagong highway. These neglected indigenous peoples have been dwelling there following traditional way of occupying lands and continue to live in right before independence. After living for several generations, now they hear that the whole area including the hill has been purchased by an industrial institution named GPH Ispat.

The victims of eviction say: “As the GPH intends to evict us, where can we go? Where can we get a place to live in? – This thought has aroused a fright in our mind.”

The Tripura villagers constructed the earthy road with occasional renovations for generations together. Meanwhile, the top most steel company of the country has occupied the road. Embargo has also been imposed on taking bath in the pond nearby allowing nobody even to go there. The drinking water that would roll down from the hill has now been blocked by the dam built for the industry. With all this disadvantages, the neglected Tripura villagers have landed in a hellish suffering.

An inhabitant of the Tripura village alleges: “The village road, the main road to village is now blocked. Earlier, we could go at any moment but now we can’t. Now, it involves heavy risk in getting out and coming in.”

An elderly woman said: “Bangladesh emerged as an independent country. Since then, we used to pass our days as we wished to; nobody would trouble us.”

The Watch Tower of the industry has been erected inside the village. The security guards watch the villagers and visitors while seating there. They prevented even the Team from SATV channel. Later on, though an officer gave them permission but detailed two guards along with the team. Many expressed their woes as much as possible to say by avoiding the guards’ eyes. But the reality is harsher than what was stated.

A woman of the village said: “Now collecting water is closed as it belongs to the others. We don’t have lands; bathing has become much painful; we can’t take a bath.”

The UNO of Sitakunda upazila said that nobody has the right to block the road of others. He would take action on receipt of allegation. “If somebody obstructs certain communication road and if such is alleged with the Upazila administration or we come to know, we will undertake proper action.”

The Tripura community people have been living in three villages in the traditionally occupied lands for the generations together. They have to find their dwellings in the hill slopes. The ever neglected indigenous Tripura people often have to face threats of land robbers and hill grabbers.