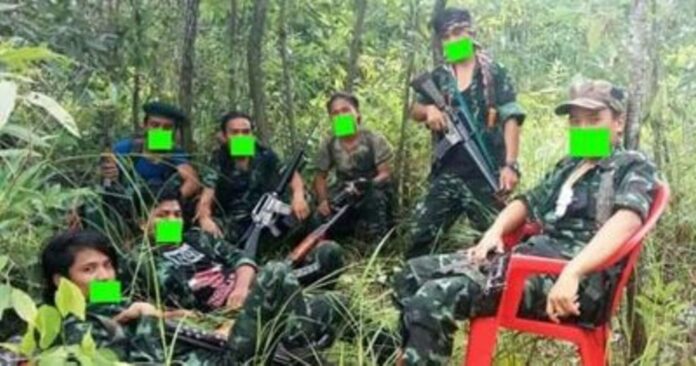 Hill voice ,11 September 2021, Rangamati: it has been alleged that the army-backed Marma National Party (Mog Party terrorrists) has abducted an indigenous bamboo businessman from Bangalhalia union under Rajasthali upazila of Rangamati hill district and released after two days in exchange of TK 5 lakh for ransom.

The victim identified as Mithowai  Rakhaine ( 56). He is from Bazar Para village of Ward No. 3 in Raikhali Union of Kaptai Upazila under Rangamati Hill District. It is noted that he is a bamboo trader by occupation.

According to local sources, a group of Mog Party terrorists led by Mongkya Ching Marma, known as the second-in-command of Mog Party has abducted Mithowai Rakhaine on September 6 at around 2:00 pm from Kakrachari Para of Ward No. 7 of Bangalhalia Union. Mithowai Rakhaine was loading bamboo into the vehicle at the time.

It is learnt that, the kidnappers took Mithowai Rakhaine to their base (hideout) at Powaitu Para in Gaindya Union of Rajasthali Upazila. Later Mog Party members demanded a ransom of TK 10 lakh while the abductee’s wife and relatives went to meet the Mog Party. After much pleading of his wife and relatives, the abductee was released in a critical condition in exchange of TK 5 lakh for a ransom.