On that day at 10 PM, the victim girl, a class five grade student, went to the nearby toilet. Rakib Islam lurked from before and forcefully attempted to rape. People from nearby houses came when she shouted and Rakib Islam was caught at that time. After that, the village karbari fined him BDT 40,000 in a social justice court.

Later, the police arrested Md. Rakib Islam from Kaistarmukh Para on 6 March at noon for attempting to rape. It is known that the arrested Rakib Islam is the son of Md. Muksed Islam of South Adampur under Ward No. 7 of Varapur Union under Dashmina Upazila in Patuakhali. He is a laborer in the construction of Bandarban-Rowangchari Road. 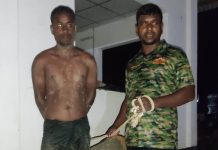 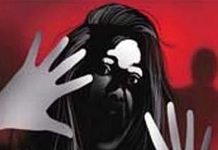 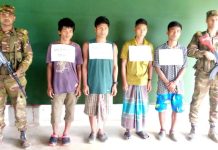