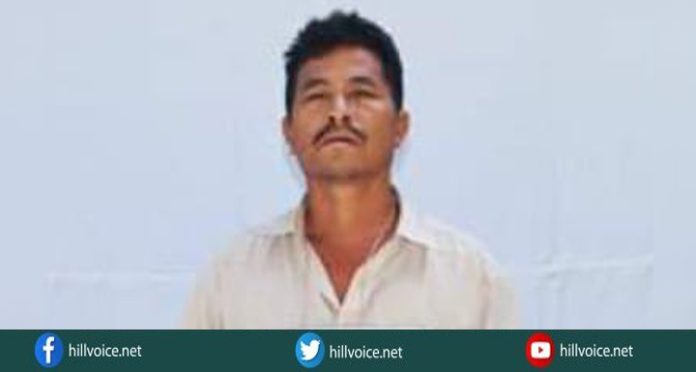 Hill Voice, 23 September 2022, Rangamati: An innocent Jumma fisherman was allegedly apprehended planting arms and his three helpers including his son were temporarily detained and harassed by Bangladesh Army in Rangamati. The victim is a resident of Jibtali Union in Rangamati Sadar Upazila under Rangamati District.

According to local sources, on 21 September 2022, Shanti Kumar Chakma along with his son Jewel Chakma and his two associates Sujan Chakma Gulo and Manakko Chakma came back to his house after fishing in Karnaphuli Lake as usual and went to sleep after having dinner.

Late night at around 2:00 am, a group of 30-35 army personnel led by Warrant Officer Md. Aziz of Jibtali Army Camp of Bangladesh Army’s 7 RE Battalion and Commander Subedar Md. Riaz of Asband Army Camp went on a patrol in Kosolyaghona village by two trawler boats.

Though they did not find any illegal things, after searching the house of Shanti Kumar Chakma, the army personnel tied the four people along with Shanti Kumar Chakma with a rope and took them to the Jibtali army camp. After detaining them all in the camp until 10:00 am yesterday (22 September) morning, the army released Jewel Chakma, Sujan Chakma Gulo and Manakko Chakma Munna.

But Surprisingly, the army conspiratorially planted on Shanti Kumar Chakma a country-made gun and other materials and handed him over to Rangamati Kotwali police station showing him arrested with illegal weapons. Apart from this, the army personnel took pictures of Shanti Kumar Chakma with the said planted gun, bullets and chopper on camera and falsely propagated that they had arrested a JSS member with the weapons.