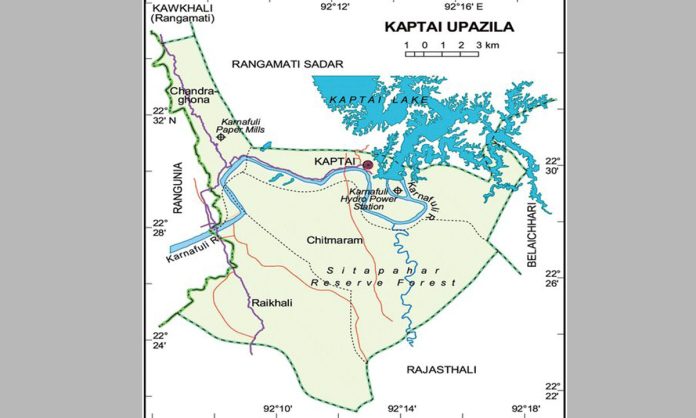 Hill Voice, 1 January 2022, Rangamati: It is alleged that a gang of army, local Awami League and army-backed Mog Party have searched the houses of three innocent villagers and destroyed their belongings and fired random blank shots at the village to create panic.

According to local sources, on Friday (December 31) at 11:00 pm a group of 24 army personnel from newly established Narangiri Mukh Para camp led by Warrant Officer Md. Kuddus and Bangalhalia army camp led by Warrant Officer Md. Fayes and a group of 15 terrorists of local Awami League and army-backed Mog Party led by second-in-command Mongkyching Marma and third-in-command Uthowaiching Marma (Sabuj) conducted a search operation at Bhalukya village of Ward No. 7 of Raikhali Union. After the search, a few rounds of blank shots were fired to create panic in the area. This created extreme panic in the minds of the people.

After a long two-hour violence in the name of search, the gang of the army, Awami League and Mog Party left the place at 1.00 pm.