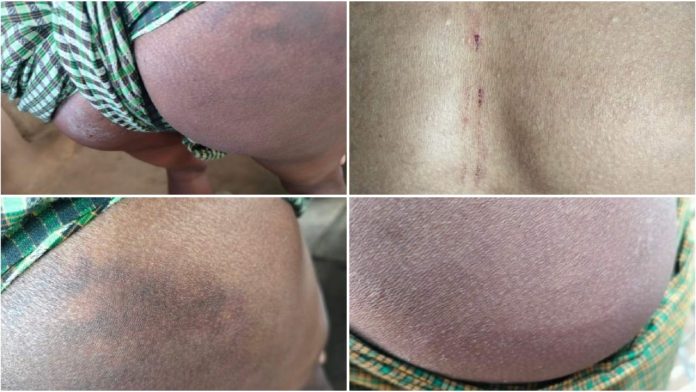 Hill Voice, 1 January 2022, Bandarban: It is alleged that 14 innocent Jumma villagers including 3 women have been tortured by being tied up in army camps by army, local Awami League and army-backed armed terrorists UPDF (Democratic) at Thangjama Para of Ward No. 2 of Rajvila Union in Bandarban District.

According to local sources, on Tuesday (28 December) at 8:45 pm, 40 army personnel led by a captain in charge of the Chemi Dulu Para army camp, local Awami League and army-backed terrorist UPDF (Democratic) led by Kalachokh Chakma alias Atal Chakma, who are stationed in Balaghata, carried out a joint patrol operation in Thangjma Para, during which they cordoned off the entire village, searched every house and smashed furniture.

They have beaten up the villagers severely by questioning where the terrorists are, why you are giving food to the terrorists, take out the illegal weapons you have, etc. After torturing the men and women with various forms of intimidation and harassment, they left the spot/village in the morning on December 29 (Wednesday) and returned to the camp.

The next day, December 30 (Thursday), at 6:00 pm, the army returned to the same village and took them to the camp by arresting them, beaten them up severely again by interrogating them. Later at midnight (at 12 pm), the army released 13 villagers including 3 women. But Mongshoithui Marma (serial no.14 on the list) was not released.

Mongshoithui Marma was released from Bandarban Sadar Sena Zone on Friday (December 31) at 12:45 pm in the custody of a UP member. It is learnt that he has been directed to appear at Chemi Dulu Para army camp along with the UP member on Sunday (January 2, 2022).