On 14 May 2020 Thursday evening, 10 people were reported to have been infected. It is further known at night that another person got a positive result.

It is learnt from Rangamati Civil Surgeon’s office that among the newly infected, two staff nurses and a cleaning staff of Rangamati Sadar Hospital (all three are Jumma), two in Longadu upazila (both are Bengali) and six (all are Jumma) in Jurachhari upazila were found to be corona positive.

Earlier, on May 13, Wednesday at around 8 pm, a total of 9 people were reported infected. The among them was one doctor from Rangamati Sadar Hospital, another doctor practicing outside and 2 in Bilaichhari and one in Rajasthali. On the same night, the positive report of 4 nurses of the Rangamati hospital came.

Dr. Mostafa Kamal informed that so far a total of 511 samples have been sent from Rangamati to Chittagong. Of these, 401 reports have been received and 110 reports are still pending. Of the reports received, all of them except 24 had negative results. So far no one has died in Rangamati due to corona.

5 people including new one identified in Khagrachhari

A 17-year-old man was reportedly infected afresh in Khagrachari district. The Chittagong-returnee youth was admitted to the isolation ward of Khagrachhari Hospital on May 7, 2020 with corona symptoms.

After recovering, he was released on Thursday morning, May 14. But in the afternoon, his corona positive report came from Chittagong Veterinary and Animal Sciences University.

Earlier, three more people, including a policeman, were identified as corona positive in Khagrachari. Earlier, a young man from Dighinala was found to be corona positive. With this, the total number of corona cases in Khagrachhari district stood at 5.

Among the three, one is a Dhaka-returnee Jumma resident of Monatek area of ​​Mahalchhari upazila of Khagrachhari district and another is a settler woman from Kyanghat area of the same upazila.

On the other hand, after the policeman was transferred from Pabna to Khagrachhari on May 4, he was kept in isolation in a room of the Police Lines School. Then on May 5, when his sample was collected and sent to Chittagong, his positive result came. 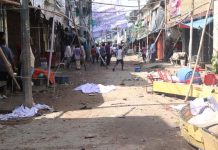 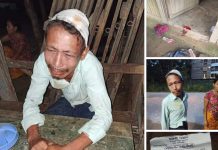