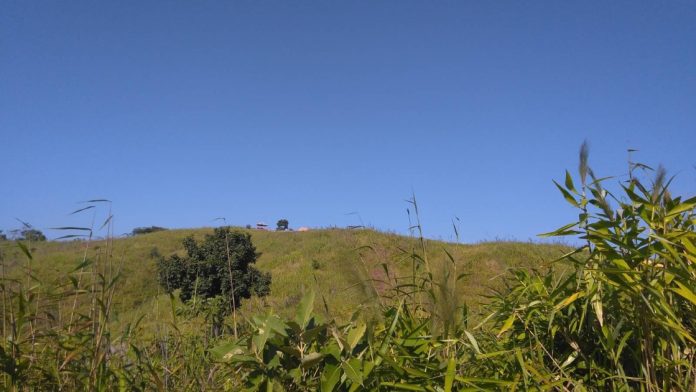 Hill Voice, 21 December 2021, Special Correspondent: A report titled “What is happening to the Land of the Mro peoples?” was published on 15 December 2021 by the International Work for Indigenous Affairs (IWGIA). The report highlights the military’s pressure and threats on the Mro people, the continued construction of five-star hotels despite popular protests, the army’s surveillance of the media and censorship of news coverage, the frustration and helplessness of the Mro people, etc. The IWGIA’s report is given below for the readers of the Hill Voice:

The hills around Chimbuk are steep. They are part of the ancestral lands that stretch across the Chittagong Hill Tracts (CHT) in Bangladesh, which are, and have been, home to the Indigenous Mro community for centuries. But a large area of that land on that hilltop they cannot get to; not because it’s too steep to climb, the Mro are used to climbing hills – this is their ancestral land, and they have lived off it for generations. The reason they cannot get to the area is because it is fenced off – and not by the Mro.

The Mro youth student activists we spoke to, who must remain anonymous to protect their and their family’s security, look up the hill towards the fenced-off area. Before, they explain, there were banners with the logo of the multimillion-dollar hotel company Marriot printed on them. Now, there is nothing but metal fences. No signs, no information.

“We really don’t know whether the army is the only one who is involved or whether any other companies are involved in this project,” they said.

In late 2020, plans announcing the construction of a Marriot five-star luxury resort in the CHT became public, leaving the Indigenous Mro community living there facing evictions and loss of their land, which is not only their home, but is intrinsically linked to their culture and identity and provides for their livelihood.

“There is a lot of heartache, frustration”

The CHT is home to 11 different Indigenous groups, and one of the most culturally diverse regions in the country. It is, however, also one of the most dangerous places for Indigenous Peoples and one of the most militarized areas in the world. The CHT has a strong military presence, despite the signing of the CHT Peace Accord of 1997. The situation in the CHT remains fragile with Indigenous communities all over the CHT being targeted and harassed when opposing land grabbing and exploitation.

In April 2021, we spoke to a member of the Mro community facing eviction due to the planned luxury resort project. All of a sudden red marker flags and pillars dotted their hill.Now, eight months later, the flags and pillars have now become fences and are still there.

“There is a lot of heartache, frustration,” one of the Mro youth student activists said, following upon the situation on the ground.

The affected communities have been left in the dark. They lack information about what is being done to their land – and by whom. The one thing they do know is that the initially planned five-star mega resort has been scaled down to smaller vacation cottages–a minor victory. But they still have no idea what is actually happening up on the hill.

“Since the area has been cordoned off, no one can actually say what is happening inside that boundary,” the activist said. Fact is, the Indigenous Mro who used to have free access to this land, no longer have that.

The path winding up to the fenced-off area on the remote hilltop is difficult to negotiate, surrounded by steep slopes, nearly impossible to reach without a car. Besides that, it is also a highly militarized area with military forces patrolling the area around the clock. The only way for members of the Mro community affected to see what is happening on and to their land would be to climb the hill to try to get a glimpse over the fence – an extremely risky endeavor.

“The censorship is there, and it is real”

While there was significant media attention on the planned project and imminent eviction in the beginning of 2021, reporting on the events has dwindled and almost completely died down over the rest of the year, despite troubling activities taking place.

The activists tell us about an incident that happened recently.

After an investigation of the development site led by Dipankar Talukdar, a Member of Parliament of Rangamati Hill District, which took place in October, officials invited media representatives to the council city hall for a press conference. Then, as the conference was about to begin, the military expelled the reporters from the property, and the findings of the investigation have never been made public.

Once the meeting finished, some of the Mro activists who were present inside were approached by the expelled journalists who were waiting outside, but before the activists could respond to their questions, the military once again intervened and ran the reporters off.

Student activists then reached out to several news sites to report on the findings, but none of the media outlets they approached wanted to cover the story.

“The censorship is there, and it is real,” the activists said.

The longer we speak, the more it becomes clear that the military is systematically sabotaging the work of every journalist, reporter or media outlet trying to cover the events. So naturally, reporters withdraw.

“Even if someone had the guts to try and report, they would not get through with it,” the activists explain.

The military’s tactics against the coverage of the story, as the activists describe, rangefrom the intimidation of reporters, collecting, hiding and censoring information, to outright threats against activists wanting to speak up.

Another common military tactic we reported on in the April article is pitting groups of Indigenous people against each other.

After a long march and protest in February 2021, fights broke out after the military set two groups of Indigenous Peoples of the CHT against each other. Potentially dangerous, photos were taken that reveal the faces of some of the Mro activists who protested against the hotel development project. After that, the activists explain, the military came to their villages and questioned people about the individuals in the photos.

“They tried to investigate who these Mro youth were. So they came in, they showed the photos to the villagers, but since the villagers had faith in all the students, they tried to wriggle out of the situation. Most of them said they didn’t know who the students were. They were pressurizing the community to let them know who these Mro youths were so that they can take action against them. It’s just pure harassment, so that that person will not pursue, you know, the claims of rights for the community. Thank god they didn’t pursue a case.”

“We’ve seen this before”

At the end of our conversation, we asked them what their biggest concern at this moment is.

The sad truth is, what is going on around the Chimbuk hills in Bangladesh is not exclusive to the region, nor to this specific development project. It is a common practice. The activists saw what happened in Nil Giri, a village not far from their homes, where they had already started building the resort.

“When they built the roads, the rural community was promised that all communities living on both sides of the road will have electricity connection; that they will be integrated into the electrical grid,” they explained.

“When the community articulated doubts and insisted on their rights and demands, the military offered them 100,000 Taka [approx. 1,030 Euros] to appease them, then eventually took it back. And when a Mro person approached the army people saying, you know, ‘you can’t do this, this is my home land’, he was directly threatened not to say anything about it. So, if these things happen in Nil Giri, which is not too far from my hill, where the army exercises all its power, the people from my home, they know what is going to happen in their case, if resorts or cottages or five-star hotels are built on their spots.”

“Our hands are tied in this”

Where do the Mro youth student activists find themselves now? What is it that can be done?

It is hard not to surrender to hopelessness, they say. “Our hands are tied in this”.

The lack of information and consultation, the constant sabotaging of media and the threats against activists make their work increasingly more difficult.

In addition to all of that, these young, proactive student activists are pursuing their own education, going to university and building lives of their own. They lack time, energy and the capacity to effectively and consistently organize and mobilize local communities to conduct more protest actions and demand their rights be upheld to the policies and declarations the national government has signed on to.

And although they don’t know what is happening to their land, they know that something has to be done.

“We need more activities that are so big that the media can’t ignore them” – to protect what is most important to them: their land, their home, their culture and their identity.

Despite the claims made by officials of the Army Welfare Trust and the giant business entity Sikder Group- R&R Holdings, a large area of the land was taken illegally, and the hotel project was planned without any appropriate consultation, let alone free, prior & informed consent. Very soon after, the military began fencing off the 20 acres of land in the Chimbuk hills. These events sparked far-reaching protest, attention from the international community, an official communication from several UN special rapporteurs to the involved actors and an open letter to the Prime Minister of Bangladesh and Member of Parliament responsible for the Ministry of the Chittagong Hill Tracts Affairs of Bangladesh.