Hill Voice, 16 August 2020, Agartala: As every year, this year the Chakma people living in different states of India are going to observe 17th August as ‘Black Day’. However, due to the ongoing deadly COVID-19 pandemic worldwide, there will be no formal processions and rallies this year. Instead of it, a virtual discussion meeting will be held.

According to Tripura state-based NGO ‘Dhuduk’, an Online Exchange Moncha titled “Partition and its Impact on the Indigenous Chakma Community” will be held tomorrow, 17 August 2020, Monday, at 8:30 am Indian time.

A number of expert speakers on the subject and many from home and abroad will give their valuable views and actively participate in the event. The event will be broadcast live on the Dhuduk Agartala Facebook page(www.facebook.com/dhuduk.agartala/). 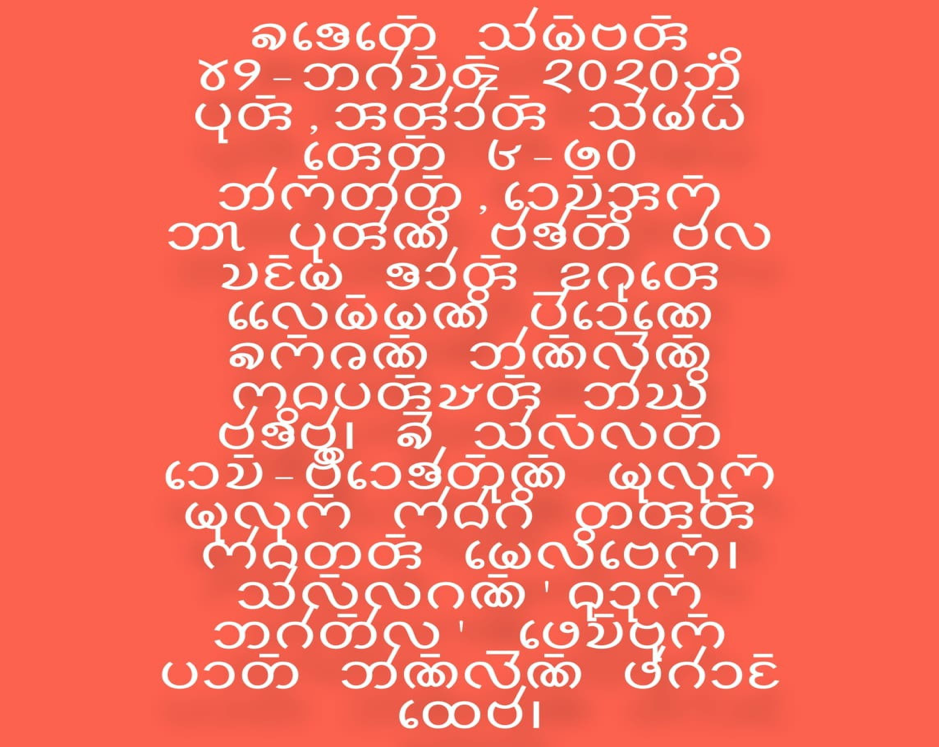 It is learnt that people from different states and regions of India and from different parts of the world will participate in the virtual discussion which will be conducted by Shanti Bikash Chakma, Founder of Dhuduk and General Secretary of the State Committee of Chakma Social Council.

It may be recalled that during the partition of the country in 1947, 98.50 per cent non-Muslim inhabited Chittagong Hill Tracts were observed as Black Day on 16th August every year by the Chakma people living in the northeastern Indian states of Assam, Arunachal Pradesh, Mizoram and Tripura in protest of Pakistan’s unjust annexation.

It is to be noted that during the partition of the country in 1947, in protest of the unjust annexation of 98.50 per cent non-Muslim inhabited the Chittagong Hill Tracts to Pakistan, every year, 17th August is observed as Black Day by the Chakma people living in the states of Assam, Arunachal Pradesh, Mizoram and Tripura in north-eastern India. This decision was taken on 24-25 March 2016 at the first Annual National Conference of the Chakma National Council of India (CNCI) held in Guwahati of Assam.

Why this black-day? As a result of many movements, sacrifices and united struggles, the people of India achieved the desired independence on 15th August 1947, freeing themselves from the shackles of British subjugation for nearly two hundred years. On that holy day, the Chakma people in the Chittagong Hill Tracts, a remote part of then India, proudly hoisted the tri-colored national flag of India at Rangamati, the district headquarters of the Chittagong Hill Tracts, in deep solidarity with the whole of India.

But on 17 August 1947, it was officially announced on the radio that the 98.50 per cent non-Muslim inhabited Chittagong Hill Tracts had been unfairly annexed to Pakistan. As a result of this announcement, the whole hill society including the Chakmas was plunged into deep misery, extreme distress and nightmares at all levels. In fact, another black regime began in the life of the Chakma people and other indigenous ethnic groups in the Chittagong Hill Tracts.

So, as the victims of the direct evils of the unjust partition of 1947, in view of the ongoing extreme misery, instability, helplessness, suffering of expatriates in their homeland, ethnic cleansing, etc. in the current Chakma society of South Asia, this black day is a symbol of all agitation, compassion and persecution of conscience. 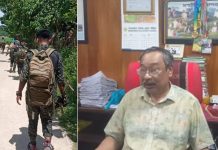 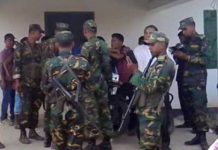 Chairmen, Headmen and karbaris of two union threatened and abused by army in Rangamati