He died of heart attack last year at the age of 89 in his apartment in Manchester, United Kingdom. On March 29, police recovered his body from the apartment. He was born on 17 January 1932 in Khagrachari’s Khabongpujja.

While studying in London, at the urging of Manabendra Narayan Larma, pioneer of the national awakening of the Jumma people in the CHT, Dr. R S Dewan got involved in the international campaign for the self-determination movement of the Jumma people of the CHT. After completing his higher education, he never returned to the country and acquiring British citizenship, he campaigned for the movement until his death.

Dr. Dewan was the pioneer to raise the CHT issue in the international arena including the United Nations and the European Union, and to build strong international public opinion in favor of the Jumma people’s right to self-determination movement.

At the General Assembly of the Unpresented Nations and Peoples Organization (UNPO) held in Washington, USA on March 26-27, Dr. R S Dewan was commemorated on his first death anniversary at the initiation of the delegation of Parbatya Chattagram Jana Samhati Samiti (PCJSS).

At the beginning of the UNPO General Assembly, Secretary-General Ralph Bunche highlighted the life, struggles and contributions of Dr. R S Dewan. He said that Dr. R S Dewan was not only the representative of the Jumma people, he was also the spokesperson of the unrepresented and marginalized nations and peoples of the world.

On the occasion of the first death anniversary of Dr. R. S. Dewan, an international commemorative virtual meeting will be organized on Saturday, April 2, 2022 at 6:30 pm Bangladesh time by the chtlegend.com under the initiative and facilitation of Priti Bindu Chakma and Pradhir Talukder. The organizers have said that international human rights activists including Jumma rights activists are expected to be participated in this event.

On the same day, a digital museum with the documents of international campaign of Dr. R S Dewan will be inaugurated and a souvenir will be published by the chtlegend.com. 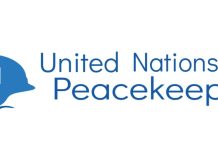 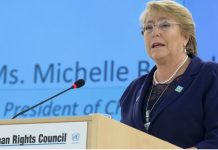 UNHCHR’s visit to Bangladesh: not allowed to visit CHT