Pahar Chhatra Parishad (PCP), a revolutionary, uncompromising and protesting student organization of the Jumma students, was formed in the Chittagong Hill Tracts (CHT) on this day, May 20, in protest of the Longadu massacre took place on 4 May 1989. Today, that organization is going to complete 31 years through many ups and downs and waging continuous movement.

It may be recalled that on the afternoon of May 20, 1989, a meeting was held in Room No. 2002, Rashid Hall of BUET (Bangladesh University of Engineering and Technology) to take up the plan to protest the Longadu massacre. Jumma student representatives from BUET, Dhaka University, Chittagong University, Jahangirnagar University, Dhaka Tribal Student Hostel were present at the meeting. After discussions till night, the decision was taken to form the Hill Students’ Council.

Then it was decided to hold a silent procession on May 21 in Dhaka city in protest of the Longadu massacre. Accordingly, hundred thousands of Jumma students from different educational institutions in Dhaka, Chittagong, Rajshahi and Jahangirnagar participated in the silent procession. A press conference was held that afternoon. Prashanta Tripura was presented as the Convener of the PCP at the press conference.

Nipon Tripura, Central Organizing Secretary of the PCP, said the PCP is celebrating the 31st founding anniversary of its struggle on a different way in the face of global realities of COVID-19 pandemic. The PCP has chosen the online media to convey the revolutionary call to the Jumma student community in various ways. He added, “We are trying to carry forward the historic responsibility of the PCP in the struggle for self-determination of the oppressed Jumma people.”

The PCP has been organizing various series of programs through its official Facebook page for the last few days ahead of its founding anniversary. From its official Facebook page “Voice of PCP-Keokradong”, Jumma students’ revolts and protest poems, songs, online protest song shows, publication of various articles and greetings & video messages of many friend organizations including student organizations, political figures, student leaders, university teachers, intellectuals and many others have been released and uploaded. 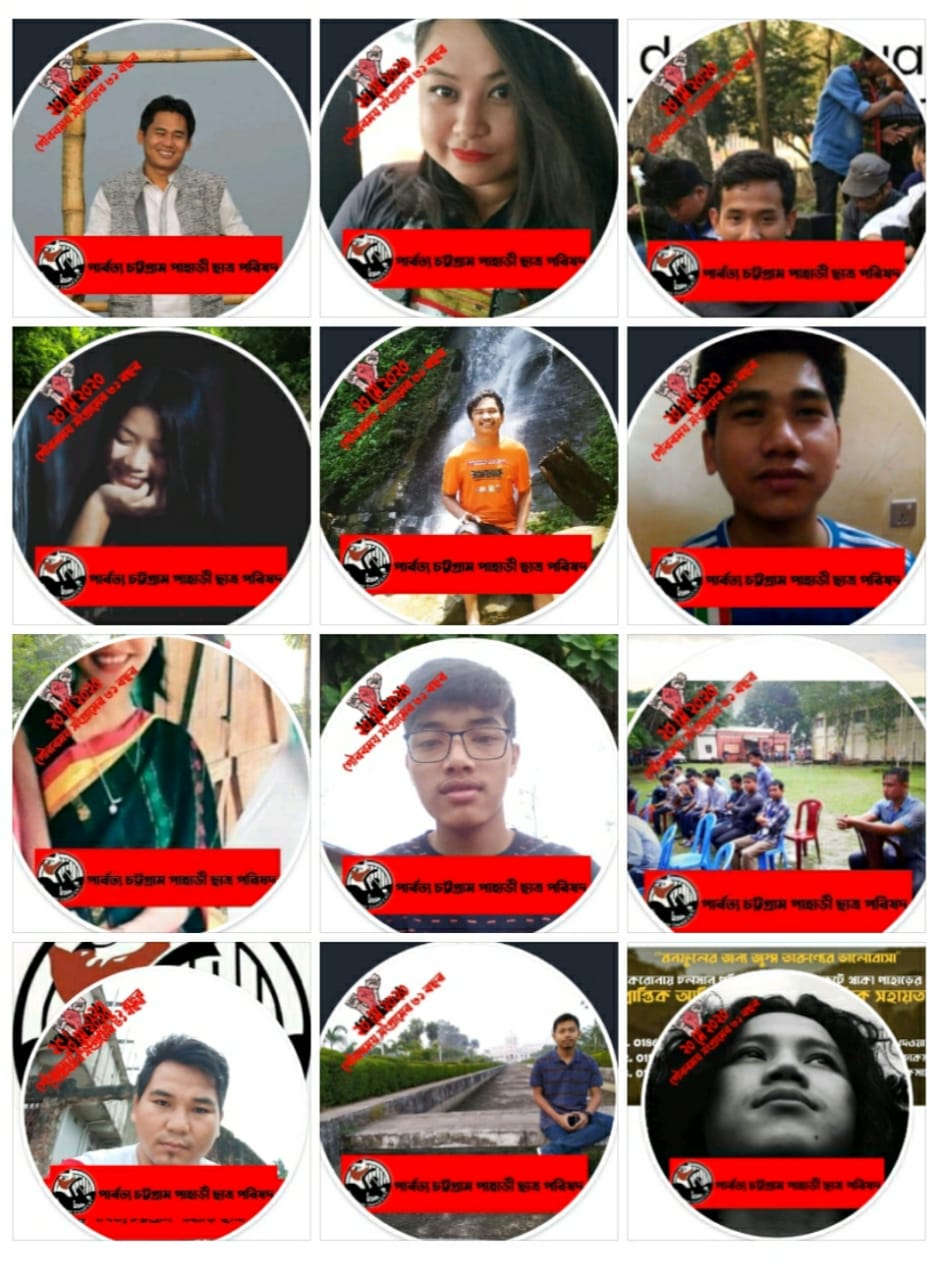 Pahari Chhatra Parishad has also created a profile frame on the occasion of its founding anniversary which is adorned with Facebook profiles of PCP leaders and well-wishers at various levels. Besides, it has issued a statement on the occasion of 31st anniversary of its establishment. According to the statement, the Jumma people of the CHT are facing a crisis and uncertain reality today.

State deprivation, oppression and aggression have reached at its last stage today, the final implementation of the ethnic extermination of the Jumma people in the name of development and turning the non-Muslim inhabited CHT region into Muslim-inhabited areas is underway. Jumma students and young people cannot sit indifference in such a situation.

Meanwhile, Jewel Chakma, Central President of the PCP, said, “We have no choice but to intensify the struggle for self-determination of the Jumma people of the hills. So, we are engaged in many ways to continue our struggle in this Corona crisis to convey our revolutionary call to the Jumma students and youth.”

Expressing anger over the non-implementation of the CHT Accord of 1997, the Rights Charter of Jumma people, the student leader said, “Since the government cheated us, the Jumma student community cannot remain away from fulfilling the historic responsibility of its era.” He also warned that the government would be forced to implement the Accord through a tougher larger movement. The student leader also said that the PCP from its own organizational position is trying to be stood by the side of the helpless Jumma people in various ways during this Corona critical time.