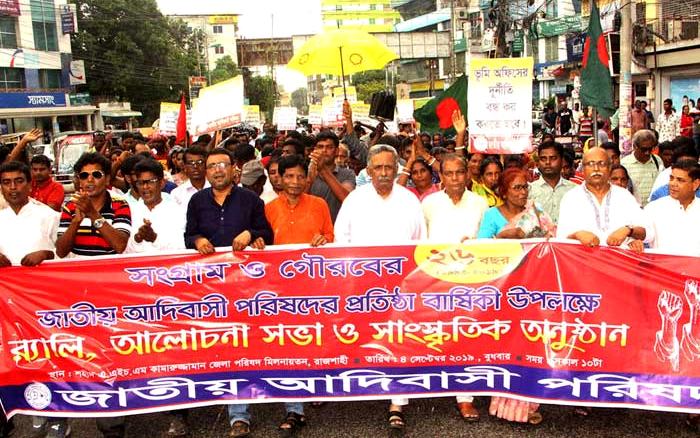 “Bangladesh has developed more than before but the livelihood of indigenous peoples has gone worst in terms of economic condition, discrimination and torture. Their land has been grabbed forcefully and without forming a separate land commission it is impossible to get back their land he added”.

He said, the situation of CHT is also getting critical and tensed as the CHT Accord has not been implemented yet. A separate ministry also needs to be establish in order to develop the livelihood of plain land indigenous peoples he added. He also addressed that the state has included recognized the language of indigenous peoples in National Educational Policy but the curriculum, training of teachers and materials is not adequate.

He furthered, indigenous peoples have a lots of contribution in the liberation war but now they are the most disadvantage and discriminated by the state. It can be clearly see that, the way the state machineries’ acted upon the santal indigenous peoples in Gobindaganj is very inhuman and ferocious. Justice has to be deliver and the perpetrators need to be arrested as soon as possible.

A rally was organized around the city area led by Fazle Hossain Badsha, Member of Parliament before the event.