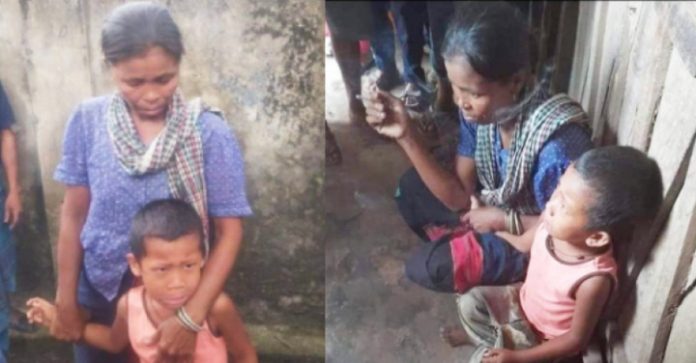 Pagujjyachari village of Bhaibonchhara union in Khagrachari district has been in the headlines for quite some time after August 11. The news is quite sensational and surprising. A mother brought her 6-year-old son to Khagrachari market for sale on Thursday, August 11, the weekly market day. The price of the child is demanded TK 12 thousand. First the picture of mother and child went viral on social media. Then the news of child selling was spread in the mass media. Based on the news provided by the mass media, we can know that the child’s mother brought the child to the market for sale due to scarcity.

Khagrachari district administration and Bhaibonchari Union Parishad were shaken after this news was published in the mass media. Basanti Chakma, Member of Parliament of reserved women’s seat of Khagrachari district, along with the top officials of the district administration rushed to the needy mother’s house. The top leaders of the district BNP also visited the house of the helpless mother. Sonali Chakma is the mother who is being talked about for so long. And the child to be sold is named Ramakrishna Chakma.

According to the published news, Sonali Chakma and her husband separated. After that, Sonali Chakma moved to her father’s house with her only child. Since then, she lives in a room with the child in a corner of the residence of his father’s house. Sonali Chakma is an epileptic. Plagued with the problems of her own treatment, child birth, maintenance etc., Sonali Chakma decided to sell her baby Ramakrishna in the market.

The Khagrachari-Panchari road is currently the busiest. Pagujjyachari village is supposed to be a prosperous town along that road. But the picture of life reflects different state. The dilapidated cottage that the Sonali Chakma lives in; Its distance from the main road should not be too much. I saw that even in 1979 or ’80 there were no so-called inaccessible hilly locality in the region. By the year 2022, the citizens who were previously deprived of facilities should have eliminated to a large extent. But Sonali Chakma’s life speaks different situation. Her life has sunk in poverty. Sonali and infant Ramakrishna spend their days in a dilapidated cottage. Our question – where the much-proclaimed development of the government went missing? That development did not change the life of Sonali Chakma a bit?

On May 20 this year, we went to Langkom, Joychandra and Rengyen Paras of Sarai Union of Lama Upazila of Bandarban District. The Jum land of these three villagers was burnt to ashes. After going to those three villages, the mind became very depressed. We returned with full of grief after seeing malnourished and uneducated children. So now it is understood, whatever the village of Lama’s Langkampara and Bhaibonchara’s Pagujjyachari, the lives of the people of Jum hills are extremely poor. If Sonali Chakma had not taken her baby to market for sale, then the picture of this needy and poverty-stricken life would have remained hidden from the public eye. Now I want to know, how many Sonali are there in Jum Hills including Khagrachari?

We often get news about the scarcity of food in the remote hilly villages of Thanchi, Bilaichari, Sajek. The people of Jum formers live by eating wild potatoes or jungle fruits. The administration is taking foodgrains by helicopter. But the village of Pagujjyachari in Khagrachari is not in remote area. That means not only in the distant hills, but also in the townships near the district and upazila headquarters, the scarcity is affecting. The root cause for this is the loss of land to the Jumma people. As the days go by, the land rights of the people of Jum Hills are shrinking.

Whatever it is agricultural land, Jum farming land, hills or settlements, the demographics of the hills are gradually changing. The Jumma population is dwindling. Contrarily, the number of infiltrators is increasing. Along with this, due to increasing the presence of all state forces, the land of Jumma people is being acquired for the construction of their housing, ancillary infrastructure. Sometimes the land is being taken away without acquiring it, showing the power of the state. Now, Jumma life-destroying tourism has been added. There are thousands of acres of land taken lease by various outsider companies. Land dispossession of Jumma people by settler communities is a daily occurrence in the hills. All in all, the circle of life of the Jumma people in the hills is getting smaller. All their land areas are getting smaller and smaller. In many cases the Jumma people of the hills are becoming landless and internally displaced people.

But such a situation was not supposed to be happened. In the beginning of Chittagong Hill Tracts (CHT) Accord signed in 1997, it is stated that CHT will be preserved as Jumma inhabited area. But at the end of 25 years of the Accord, we see the opposite picture. The number of Jumma people started to decrease. The population of settlers is increasing. Even after 25 years of the Accord, the work of the CHT Land Dispute Settlement Commission has not started. Jumma people did not get back their dispossessed land because the Commission did not start its judicial work for resolution of land disputes. Rather, the number of people who lost their land, hills, and Jum-farming land is increasing. In this way, the people who are cornered by losing everything are forced to live a life like Sonali Chakma.

If Sonali Chakma didn’t take her 6-year-old child to the market to sale, if she didn’t ask the price of TK. 12 thousand for her son, it is doubtful whether anyone would have looked for her. We are not interested to hear or see the needy stories of the lives of such needy Sonali Chakmas. We want to ensure a balanced life with food, clothing, shelter, education and health care for all Chakma or Bengali citizens in the hills or plains. Also, in the future, if you write ‘Child selling in Khagrachari’ in Google search, no more news will come up – the state should take effective initiatives for that purpose. We want this shameful news coverage to end forever. 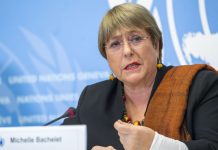 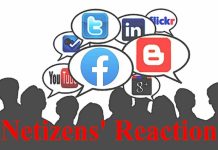