Hill Voice, 25 April 2020, Rangamati:  In the name of implementation of Chittagong Hill Tracts Accord (CHT Accord), Border Guard Bangladesh (BGB) has put up a peculiar and ridiculous signboard regarding withdrawal of a camp in Barkal. Although the BGB called the said withdrawal of the camp as part of the implementation of the Accord, many expressed the view that their extreme ignorance about the CHT Accord had been exposed.

According to local sources, on 23 April 2020, the BGB members of Dasharath Para BGB camp under Karalyachhari Mouza of Ward No. 7 of Aimachhara Union of Barkal upazila of Rangamati district have shifted to Kalapunochara in the same area.

But the ‘caution board’ hanged up by the BGB said “illegal encroachment into the premises of withdrawn camp of the security forces as part of the implementation of the Peace Accord is strictly prohibited”.

Clause 17(a) of the Part ‘D’ of the CHT Accord states, “After the signing and execution of the Agreement between the Government and the Jana Samhati Samiti and immediately after return of the members of Jana Samhati Samiti to normal life, all the temporary camps of the army, the Ansars and the Village Defence Party (VDP), excepting the Border Security Force (Now BGB, formerly BDR) and permanent army establishment (being those three at the three district headquarters and those at Alikadam, Ruma and Dighinala), shall be taken back by phases from CHT to permanent cantonments and the time-limit shall be fixed for its purpose.”

A member of the CHT Regional Council, who did not want to be named said, “the withdrawal of the BGB (formerly BDR) camp was not mentioned in the terms of the CHT Accord. So, it is not clear in what sense the BGB members of Dasharath BGB camp have been meant by withdrawing their camps and mentioning it is as part of the implementation of the Peace Agreement. In this way, the security forces and the present government continue to spread propaganda by misleadingly presenting the implementation of the CHT Accord,” he said.

The member of the CHT Regional Council further mentioned that, “the withdrawal of all temporary camps except for the BGB and six permanent cantonments are mentioned in the CHT Accord. In addition, after the signing of the Accord, the then Awami League government imposed de facto military rule called ‘Operation Uttoron’ in 2001 by violating the provisions of the Accord. According to the Accord, it is necessary to withdraw the military rule first and foremost. The said public representative added that, “there are still more than four hundred temporary camps in the CHT, including de facto military rule, ‘Operation Uttaran’.”

Clause 17(b) of the said Part of the Accord further states, “The lands and premises abandoned by the cantonments, the camps of the military and para-military forces shall be make over to their real owners or to the Hill District Councils.”

As a result of the imposition of de facto military rule called ‘Operation Uttaran’ in violation of CHT Accord, the Army continue to carry out arbitrary arrests, searches, torture and extra-judicial killings in the CHT. On the other hand, the army have also been interfering in all CHT matters including general administration, law and order, land, development and obstructing the process of implementation of the CHT Accord. 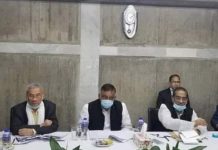 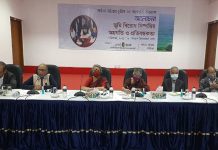