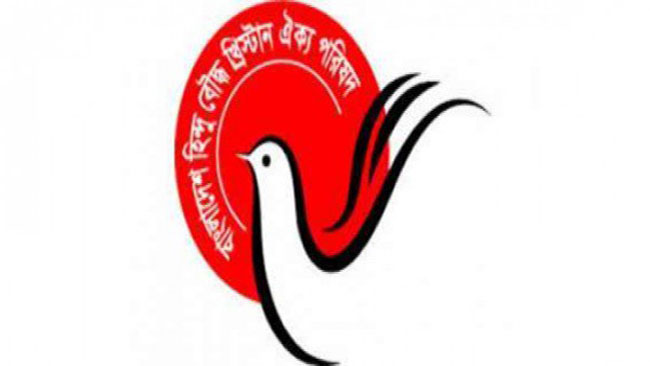 Hill Voice, 23 October 2021, Dhaka: Bangladesh Hindu-Buddhist-Christian Oikya Parishad has demanded an investigation into the vandalism of idols, attacks on puja mandaps and temples, attacks and arson on houses and business establishment of minorities during and after the Durga puja festival, by forming Judicial Commission headed by a retired Hon’ble Judge of the Supreme Court.

Mass hunger strikes and mass sit-in programs were held across the country on Saturday (October 23) at the call of the Oikya Parishad in protest of communal violence. Centrally this program is organized at Shahbag in Dhaka. This demand has been raised from this program.

Apart from this, solidarity has been expressed with the program of Bangladesh Puja Udjapan Parishad, such as, boycott of Diwali festival in Sri Sri Kali Puja, one of the big religious festivals of Hindu community to be held on November 4, protests from 6:00 pm to 6:15 pm covering faces with black cloth in their respective temples and hanging banners with anti-communal violence slogans on black cloth at the temple/ mandap entrance. The Oikya Parishad also urged worshipers of all walks of life to organize this program successfully.

Besides, after reviewing the progress of the demands, if necessary, in support of these demands, a program has been announced to gather in Dhaka from remote areas of the country including Chittagong in February next year with the slogan ‘Let’s go to Dhaka’ and march towards the Prime Minister’s Office.

During the program, processions from different parts of the capital gathered at Shahbag from morning. At one stage Shahbag became a sea of people. Mass hunger strike and mass uprising began with one of the presidents of the Parishad, Prof. Nim Chandra Bhowmik in the chair. Leaders of various political, socio-cultural and human rights organizations joined the program and expressed solidarity.

Former adviser of Caretaker Government and human rights activist Adv. Sultana Kamal said it is very sad that the Awami League has been in power for 13 years, where there is a spineless opposition party, the AL alone runs the parliament, runs the administration, controls the state forces. Then how did such an incident happen in the country targeted to Durga puja festival? She said the country was discredited despite the pro-liberation forces in power. We could not ensure the safety of all people. Not a single communal attack has so far been resolved peacefully. There are ghosts in mustard. Communal thinking works within the administration, she added.

Prior to end of the program, Monindra Kumar Nath, joint general secretary of the Parishad, put an 11-point demand from the program. The program ended with a protest procession at around 12:45 pm. 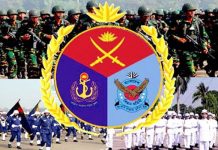