Yasin Mollah was also arrested on charges of abducting the student. However, according to local sources, the schoolgirl fled with fruit trader Yasin Mella due to love affair.

In this incident, Chengua Marma, wife of Rapru Marma, filed a case under the Women and Children Repression Prevention Act with Sadar Police Station against a man named Yasin Mollah alleging that he had abducted his daughter.

Police arrested Yasin Mella, who allegedly abducted the missing schoolgirl in collaboration with Nawabganj police around 9:00 am on Saturday. 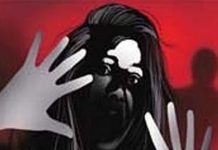