Noni Gopal Das, president of the temple, said Durga Puja has been held for a long time at Harlal Hawladar’s house in Mominpur village of Keshabpur union. This year also, except painting works of the idols for Durga Puja, other works are in the final stage. But the people of the house, when they went to the mandapa on Monday morning, saw that the body of the Durga idol had been removed. The idols of Lakshmi, Swarasati and Kartik’s heads and their vehicles peacock, owl, rat, lion and ducks are left broken.

Upazila Nirbahi officer Zakir Hossain said the committee has been instructed to make arrangements for repairing the idols quickly by artists. Necessary steps have been taken to protect the idols of the temple.

OC Mostafizur Rahman said, We have asked the Puja Mandap Committee to lodge a written complaint. If they made any complaint, we will take legal action against the culprits. 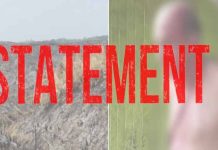 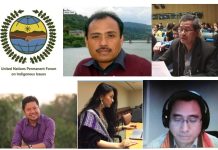