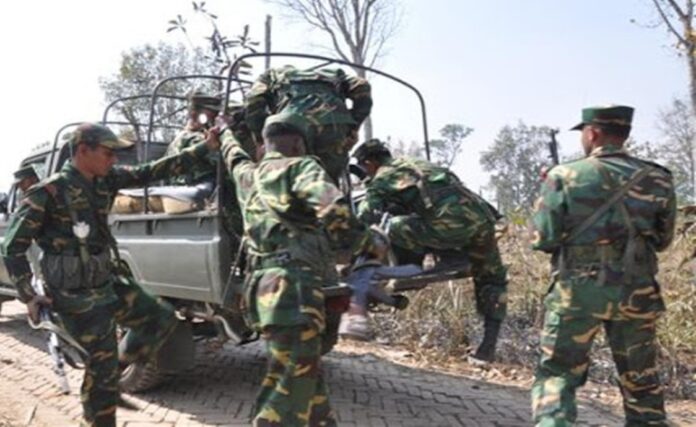 Hill Voice, 1 October 2021, Khagrachari: The Bangladesh army has been accused of conducting a massive search of the houses of four innocent Jumma villagers in Lendia Para of Chengi Union of Panchari Upazila under Khagrachari Hill District and harassing their family members.

It is learnt that this incident took place on the morning of 01 October 2021 Friday.

According to local sources, about 20 army personnel patrolled the village of Landia Para around 8:00 am Friday. At that time, the army searched the four houses one by one. During the search, the army took out all the men and women, old and children from the houses and harassed them. After the search of the houses, the army left the place not finding anything illegal.

According to the villagers, from 26 September 2021, a large number of army personnel in 11 vehicles started patrolling in Logang 32 BGB camp area, Tarabanya, Barakalak and Manipur areas. On the same day, army snatched mobile phones from many Jumma villagers on the roads in the area. The mobile phones have not been returned yet.

Besides, the villagers said that the people of the area are being interrogated and harassed by the army almost every day. As of the writing of this report, it is known that a large number of troops have been stationed in these areas dividing into different groups.