Hill Voice, 18 September 2020, Rangamati: It is learnt that a nefarious plan has been taken to relocate at least 500 Muslim Bengali settlers at Baghaihat and Charkilo in Baghaichhari upazila of Rangamati hill district under the initiative of Longadu zone of Durbedya Ekush (21 Bir) of the Bangladesh army.

On the other hand, the Bengali settlers have claimed that they have kabuliyot (land settlement document) for 500 acres of land from Dakghor Mon (high hill) to Bame Longadu area under Langadu upazila. In order to onsite assessment, they have recently visited the area.

According to local sources, Bengali settler families from different areas of Longadu Upazila are being listed by the Longadu Zone of the Durbedya Ekush (21 Bir) for settlement in Baghaihat and Charkilo areas of Baghaichhari Upazila.

Local sources have recently confirmed that a list of 200/250 families from different areas including Batyapara, Jharnatila, Headman Tila, Bhaibonchhara, Sonai, Hazachhara has been prepared. According to sources, at least 500 families will be relocated in the two places and each enlisted settler family will be given 3.0 acres of hilly land and Tk. 10,000 in cash.

On the other hand, in the second week of September 2020, a group of Bengali settlers from Longadu with the help of the army visited a large area from Dakghor Mon to Bame Longadu under Langadu mouza of Longadu upazila. Locals have been informed by the settlers that they have kabuliyot (land settlement document) for around 500 acres of land settled in their name (settlers) in these areas. The settlers have already raised the issue with Kolin Mitra Chakma, the headman of Longadu Mouza, several times. But it is learnt that there is no such record in the headman’s office.

According to local sources, the Nanyachar Bridge built on the Chengi River will be inaugurated next December. Secret sources said that there are plans to relocate the settlers in the Dakghor Mon area soon after the inauguration of the bridge. There is extreme concern among the local Jumma villagers that this could lead to clashes between settlers and Jumma people in the area. 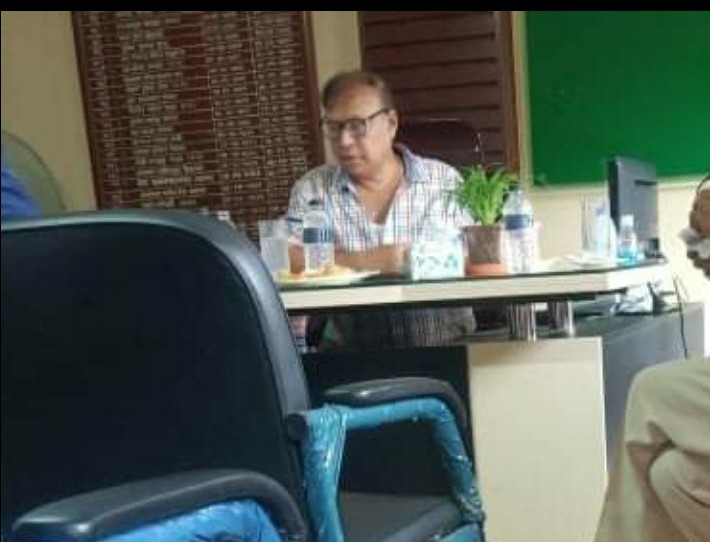 Photo: Yakub Ali Patwari, Chairman of the Land Reforms Board, during a visit to Longadu

Sources further said that in the first week of September, Yakub Ali Patwari, chairman of the Land Reforms Board under the Land Ministry, visited Sajek of Baghaichhari upazila and Longadu upazila in Rangamati district and Lama in Bandarban district. Although Longadu Land Office asked some Headmen to be present at the Upazila Land Office, but while the Chairman of the Land Reform Board reached in Longadu on 6 September 2020, he has held meeting only with the Upazila Executive Officer, Assistant Commissioner (Land), Officer-in-Charge and Upazila Chairman. No meeting was held with the local Headman and Jumma Representative of Longadu upazila.

Local sources further said that the army and BGB have taken initiative to build a road from Longadu to Harina in Barkal upazila via Garusatang Mon (Big high hill). A few days ago, the Commanding Officer (CO) of Longadu Rajnagar BGB Zone visited Garustaang Mon. 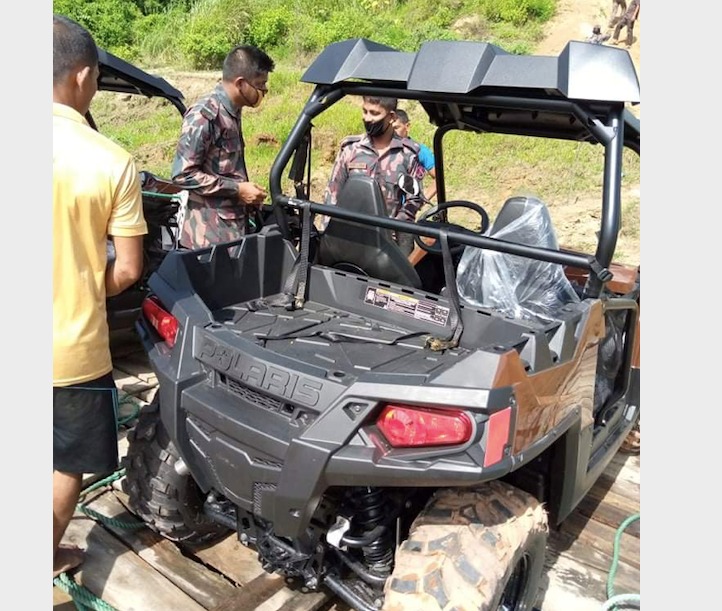 It is learnt that there is a secret plan to relocate the Muslim settlers at the areas from Sajek in Baghaichhari to Harina and Thega in Barkal including Dakghor Mon in Longdu. In this regard, the army have planned to build a comprehensive road network from Sajek to Harina via Bara Kamalak, from Nanyachar to Dakghor Mon of Longadu and Garusatang Mon (big high hills) to Harina and Thega, and on the other hand from Rajasthali to Thega via Bilaichhari and Jurachhari upazila.

Eminent human rights activist Priti Bindu Chakma expressed concern that this would make the land of Jumma residents in these areas vulnerable and evict hundreds of Jumma families. The forest resources and biodiversity of the area will be endangered. This way, today the Awami League government led by Sheikh Hasina has been implementing programmes of anti-Accord and anti-Jumma interests, keeping aside of implementation process of the Chittagong Hill Tracts Accord of 1997.