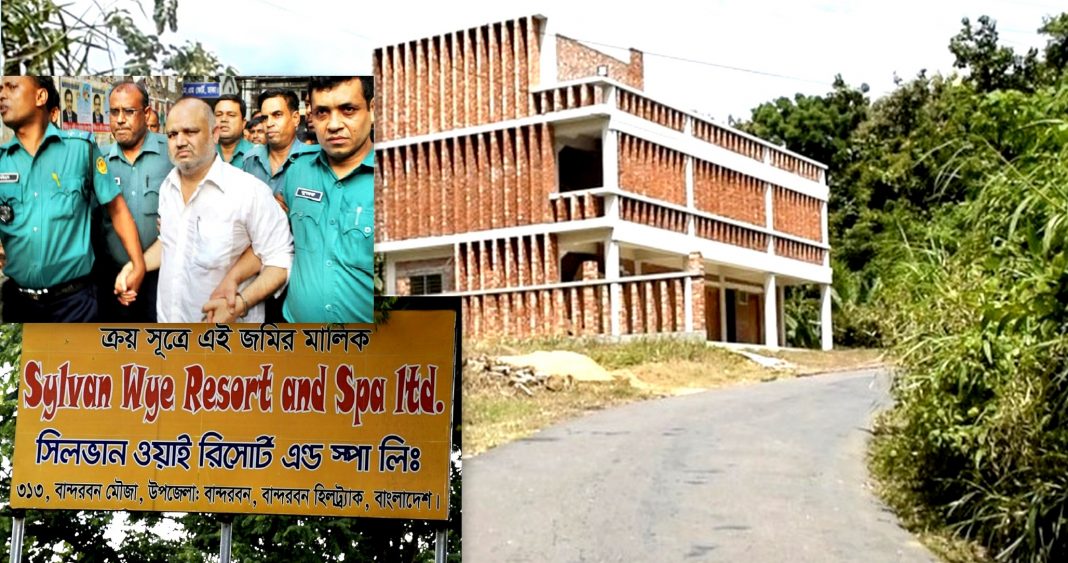 Hill Voice, 26 September 2019, Thursday, Bandarban:  Leaders of indigenous communities alleged that GK Shamim who was arrested for running of illegal casinos with Taka 1.80 crore and FDR worth 165 crore evicted a whole indigenous village named Marma Para by establishing a resort at Bandarban Sadar upazila. Sources said that, GK Shamim is a director of that resort and running it illegally with the help of the local influential leaders.  According to a national newspaper which reported on 2018 that the authorities of Sylvan Wye Resort and Spa Ltd allegedly evicted the last six families of Saingya Marma Para while another 170 families of nearby Saingya Tripura Para, Laimi Para, and Hati Bhanga Para faced threat of eviction. The resort authorities have already grabbed 250 acres of land while evicting six families of Saingya Mara Para near to the town centre.

Most of the land of indigenous peoples are being occupied one way or another in the name of tourism, development, economic zone, establishing of military camp and so on. Indigenous leaders said they have submitted many complaints to the district administration in the past but no actions have been undertaken till yet.

Joseph Tripura of Saingya Tripura Para said, “they have tried to bring attention of the district commissioner regarding this issue, but it seem the administration also has been bribed.” They said they are also getting death threat to withdraw their complain.