Hill Voice, 8 May 2020, International Desk: Front Line Defenders urges Bangladesh to release human rights defenders Didar Bhuiyan immediately and unconditionally, as he is being arrested solely for his work in defence of human rights.

Front Line Defenders is an international foundation for the protection of Human Rights Defenders registered in Ireland and also based in Brussels, Belgium. It made this demand in an Urgent Appeal on 7 May 2020.

In its Urgent Appeal, it is cited that on 5 May 2020, law enforcement officials picked up human rights defender Didar Bhuiyan from his office in Badda, Dhaka. They raided his office and seized several of his possessions. The following day, on 6 May 2020, the defender was transferred to the Ramna police station and on 7 May was transferred to Dhaka prison. He has been accused of “spreading rumours and carrying out anti-government activities” for allegedly posting anti-government content online. 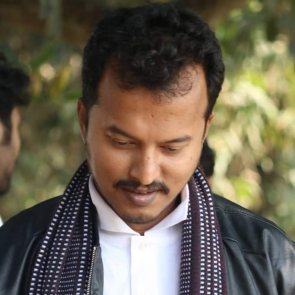 Didar Bhuiyan is a human rights defender and a member of Rastrochinta, a platform that mobilises discussion on topics of political reform, rule of law and constitutional rights, among others. Didar Bhuiyan is an information technology professional and so is instrumental in Rashtrochinta’s social media campaigns and online discussion forums. He is also a core member of Rashtrochinta’s ‘Humanitarian assistance monitoring committee’, set-up to monitor the government’s humanitarian response to COVID-19. The human rights defender was an active member of a voluntary group called Partiban Chai (which translates to ‘We demand Change’) and in this capacity, had organised and participated in several activities calling for reforms of systems of oppression and corruption.

On the evening of 5 May 2020, eight to nine plain clothed individuals claiming to be members of the Rapid Action Battalion (RAB) 3, picked up Didar Bhuiyan, without a warrant of arrest, from his office in Badda. The human rights defender’s office was also raided and two of his computers, a laptop and mobile phone were seized. However, no list of seized items was prepared, nor were any signatures taken to keep account of the items. When the defender and his colleagues standing by asked the reason for the raid and why he was being detained, the individuals responded that he was being brought for interrogation regarding a crime committed by one of Didar Bhuyian’s ‘’friends’’.

Later the same day, when the defender’s family contacted RAB officials to inquire about his whereabouts, they were told that they had no information of the arrest and denied the allegation. However, on the evening of 6 May 2020, Didar Bhuiyan’s family was informed that he had been handed over to the Ramna police by the RAB 3 officials.

Didar Bhuiyan is a core member of the ‘Humanitarian assistance monitoring committee’ set up by Rastrochinta to monitor the government’s humanitarian activities in response to COVID-19. On 30 March 2020, the committee published a report analysing government data, showing how the most marginalized groups and areas have received the least amount of government support. Didar Bhuiyan had shared the findings of this report on his social media account, however the content was later taken down by authorities.

Those critical of the government’s response to COVID-19 have been increasingly targeted with arrests and threats. Didar Bhuiyan, along with ten others, is being charged with “spreading rumours and carrying out anti-government activities” under the Digital Security Act of 2018, for allegedly posting anti-government content. All those named in the case have been critical about the government’s mismanagement in tackling the pandemic. At the time of writing, the Ramna police have taken three of the eleven accused into custody, including Didar Bhuiyan.

The Digital Security Act of 2018 has been increasingly invoked to suppress any form of online dissent or criticism of the government. The language of the Act is overly broad and vague and is

being used to intimidate and arrest those critical of the government. The Act also allows for invasive forms of surveillance and imposes heavy fines and jail terms for legitimate forms of dissent. In addition to this, the Act includes penalties for many offences in it which are not entitled to bail.

Front Line Defenders urges the authorities in Bangladesh to: