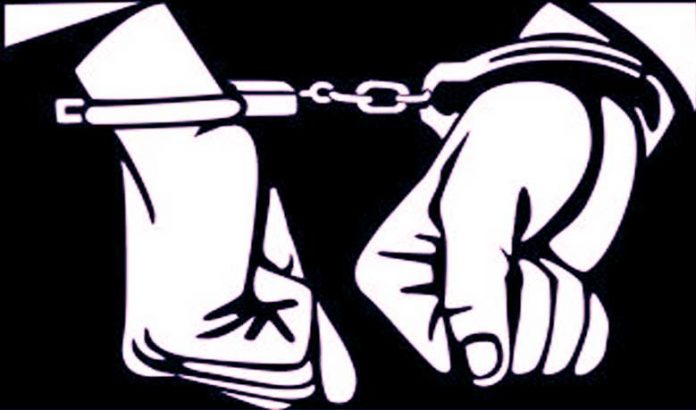 Hill Voice, 12 July 2020, Bandarban:  It is alleged that two more people have been arrested from Rajvila Union of Bandarban as part of the ongoing crackdown on civilians by the army on the pretext of six murders in Rajvila’s Baghmara.

With this arrest, the number of those arrested after the 6 murders of Baghmara stood at 7. More worryingly, the other five arrestees are still in the custody of the army. Relatives are concerned about the safety of their lives.

According to local sources, on 11 July 2020 Saturday morning, the army conducted an operation in Jogesh Karbari Para of Ward No. 9 of Rajvila Union. At that time, Sushanta Chakma (40), son of Putul Chandra Chakma of Jogesh Karbari Para, was arrested.

Arrested Sushanta Chakma was produced before court and accordingly sent to jail on Saturday morning after being implicated in the Baghmara murder case as unknown alleged persons.

Local sources further reported that Sempru Marma, a member of Ward No. 8 of Rajvilla Union, was detained from his home on 11 July Saturday evening. He was reportedly released on 12 July Sunday morning.

Sajib Chakma, information and publicity secretary of Parbatya Chattagram Jana Samhati Samiti (PCJSS), said that neither of the two arrested was involved with PCJSS.

It is also learnt that on the night of July 10, the army cordoned off the house of Pritibhushan Tanchangya, a member of the Chittagong Hill Tracts Youth Association. Army are said to have ransacked his house as Mr. Tanchangya was not at home at that time.

With the arrest of Sushanta Chakma and Sempru member, 7 people have been arrested by the army so far in connection with the Baghmara murder including arrest of from Aungya Para on 10 July and arrest of one person from Uji Headman Para of Kualang Union on 8 July. An innocent woman who was returning home from her Jum farm was killed and her child was seriously injured in a random shooting by the army in the name of searching of terrorists.

Sumon Marma, who was arrested from Uji Headman Para on 8 July, and Monghainue Marma, 19, Uhaising Marma, 28, Nuchasing Marma, and Chingaungprue Marma, 18, who were arrested from Aungya Para on 10 July, are still in the custody of the army.

Family members are worried about the safety of their lives as the arrested have not yet been handed over to the police or produced before the court. Their guardians fear they may have been falsely implicated in the 7 July Baghmara 6 murder case.

In this situation, it is learnt that two commanders named Charming Chakma and Samar Chakma (two brothers) have been brought to Bandarban with the help of the army from Khagrachhari as before, ignoring the ongoing lockdown in Bandarban to prevent coronavirus infection.

With this, the people of the area have expressed extreme concern and anxiety over the fear of possible violence in Bandarban again.

On the one hand, the army is firing indiscriminately in the name of finding terrorists and killing innocent women and children, on the other hand, they are bringing the commanders and members of the Reformist armed terrorists from Khagrachhari to Bandarban and giving them an opportunity to spread terrorism. 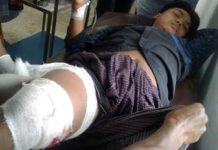