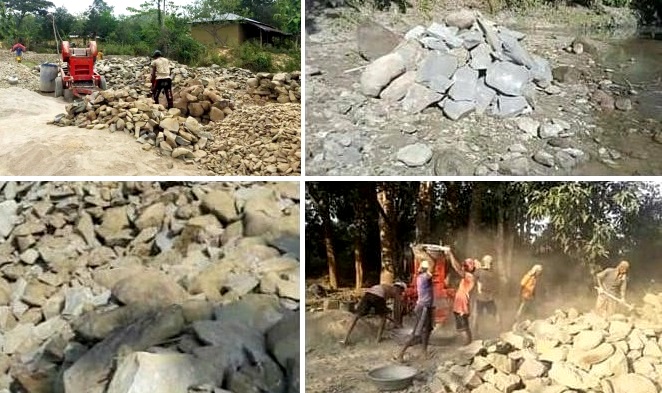 On 1-2 April 2020 the mobile court was carried out against illegal stone lifters at various places in Alikadam upazila of Bandarban district.

The raid was conducted at Pinachhara Aga, Buchi Canal, Choto Biti, Boro Biti in different remote areas of Alikadam upazila of Bandarban and more than 150,000 cubic feet of stone were recovered.

Due to remote area, a stone cutting machine was destroyed and a machine was seized by a mobile court and handed over to the Alikadam Police Station.

Abdus Salam said they are taking preparation to file a case after the operation. We will file a case under the Environment Act soon he added.

AKM Chhamiul Alam Qursi said natural environment is being destroyed due to illegally lifting stones and natural shrubs are also dying. As a result, the water source is decreasing in the hills. We will also take legal action against the smugglers and all those involved he added.

The news is prepared on basis of report of Sushanta Kanti Tanchangya from Alikadam upazila.