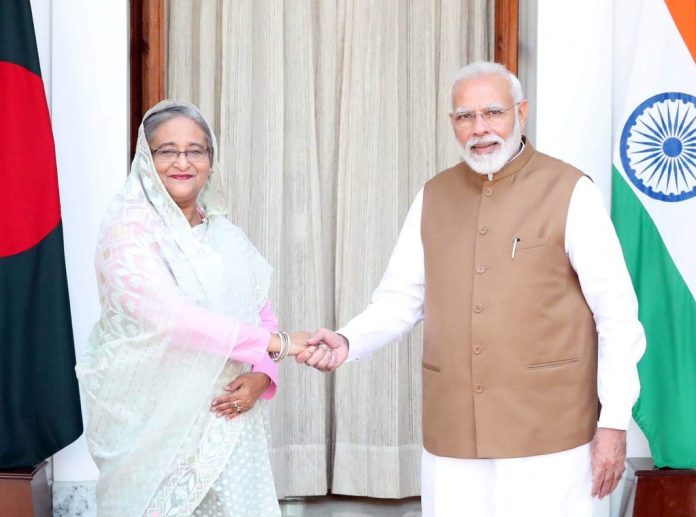 Hill Voice, 7 September 2022, International Desk: Several refugee organizations have called on visiting Bangladeshi Prime Minister Sheikh Hasina to stop all the atrocities on Hindu and Buddhist communities in Bangladesh. The refugee organizations also demanded the speedy implementation of the Chittagong Hill Tracts Accord of 1997.

The demands were made by submitting a memorandum to the visiting Prime Minister of Bangladesh through the High Commissioner of Bangladesh in New Delhi on Tuesday (September 6) on behalf of the Prabashi Bangyio Samaj (Delhi-NCR), All India Refugee Front (Kolkata) and other Bengali and Refugee Organizations.

The refugee organizations put 6 demands in the memorandum. The demands include- (1) to stop all atrocities on Hindu Buddhists communities; (2) to arrest and convict all the criminals related to communal violence; (3) stop harassing Hindus in the name false blasphemy cases; (4) to apologise to all Hindu teachers and withdraw all false cases; (5) to implement Chittagong Hill Tracts treaty immediately and to stop the anti-Hindu campaign in Islamic Waz and Mehfil.

The refugee organizations demanded personal assurance of Prime Minister Shiekh Hasina to stop the continuous atrocities on the minority Hindus and Buddhists of Bangladesh.

It is said in the memorandum addressed to Sheikh Hasina that “You are coming when Durga Puja season, the biggest festival of the Hindu Bengalis has just started. And as usual the attacks on Hindu gods and goddesses and temples have also started. The attack on Hindus and their religious institutions in Bangladesh is nothing new. In Bangladesh, attacks on temples, demolition of idols (Pratima), forcible possession of temple and cremation ground have become a routine affair and happen throughout the year, every year.

The memorandum also cited that reports of these incidents often appear in local media, in some cases complaints go to court. But nothing happens. The cycle repeats. Especially, the attack on Durga idols (Pratima) begins a few months before Durga Puja every year and has become a permanent feature.

During Durga Puja festival last year 2021, the Bangladesh Hindu Buddhist Christian Unity Council presented a brief picture of the communal attack that took place from the Mahastami day (October 13) to 1 November 2021. According to their information, 17 temples/puja mandaps, 301settlements and businesses in 27districts and a total of 5 people were killed.

The memorandum further added that Bangladesh’s eminent human rights organization, Ain O Salish Kendra (ASK), reported there had been 3,679 attacks on Hindu communities in Bangladesh in the last nine years. Of these, 1,559 houses were vandalized and set on fire. During this period, 442 Hindu businesses were attacked, vandalized and set on fire. There have been 1,678 incidents of vandalism and arson in idols, puja pandals and temples. ASK says 862 Hindus were injured in the attacks and eleven persons were killed. Now Puja season is coming and already there have been a number of incidents of damaging Durga idols.

According to Minority Rights groups, as many as 79 Hindus have been killed in Bangladesh in the last six months. In the last six months alone, there have been 501 organised attacks on Hindus, 56 temples were attacked and 50 idol thefts. In addition, 13 Hindu community members were raped, 10 were gang-raped, three were killed after the rape, 19 rape attempts, 95 were converted, 21 were tried for conversion and 63 incidents of hurting religious sentiments happened in the country. Hindu teachers are being beaten and harassed with shoe garlands around their necks. In Dhaka, Narayanganj, Gopalganj, Narail, Savar and other places, one incident after another is happening non-stop. Bangladesh government remains a mute spectator only. Even the cases are filed by police, no conviction for communal harassment by Muslims taken place in last 50 years.

The memorandum also stated that in the Chittagong Hill Tracts area, Buddhist Chakma community is also continuously harassed, attacked and conversion is going on. The recent census of Bangladesh shows that percent of Hindu population has gone further down to 7 percent only.

The refugee organizations reminded Ms Sheikh Hasina that Bangladesh was created on the blood of thousands of Indian soldiers and 2.5 million lives of the Bengali Hindus. So, they insist respectfully that Prime Minister Sheikh Hasina should take necessary measures to implement their 6 demands. 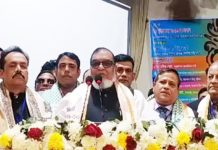 Minorities will not be vote bank for any party: Speakers at International Hindu Conference 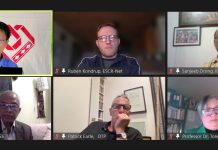