During the discussion, Syeda Rizwana Hasan, Chief Executive Officer of BELA, presented a keynote paper on the draft Forest Act prepared by the Ministry of Environment, Forests and Climate Change. She said the draft law is not a new law. In fact, the sections of the Forest Act of 1928 have been made Bengali here. Although the draft speaks of modernization, it does not add any new elements of modernization, but rather adds some shallow proposals in certain cases.

Rizwana Hasan further said that the participation and partnership of forest dependent people in forest management should be ensured by changing the existing legal framework. Before declaring a protected forest or reserve forest, the six types of rights of forest dwellers must be complied with.

Chakma Circle chief Raja Devasish Roy said there was no definition of ‘forest’ in the current forest law. In the proposed definition, any land declared by the government as ‘forest’ will be considered as ‘forest’. That is not acceptable in any way. And if that is the case, the forest will be on the signboard only. Noting that the indigenous Jumma people had long ago rejected the issue of social forestry, Devasish Roy said that the provisions proposed in the draft law for Jum cultivation were in conflict with the basic provisions and spirit of the Chittagong Hill Tracts Accord. He demanded amendment of the Forest Transit Rules in the Chittagong Hill Tracts (CHT) in line with forest policy and other policies and in consultation with the residents.

Gautam Dewan, Convener of the CHT Citizens’ Committee, said the draft forest law did not take into account the interests of forest-dependent people. He said that if any law is passed for the hill people of CHT, it should be done on the basis of the opinion of the CHT Regional Council. But it is not done.

Sanjeeb Drong, General Secretary of Bangladesh Indigenous Peoples Forum, said indigenous peoples live in different parts of the country including Sylhet, Mymensingh, Tangail region. Such an instruction should be given immediately to the forest department from the highest level of government so that no attempt is made to evict the indigenous people from their ancestral land and homesteads.

Referring the forests of the entire plains including North Bengal, Rabindranath Soren, President of the Jatiya Adivasi Parishad, said that the forests are no longer, all have been destroyed and desolated. Now there are forest areas without trees. As a result, the indigenous people in the region are living in dire straits.

Theophil Knorrek, Director of the Caritas Development Institute (CDI), said: We the Garos have been living here and protecting the forest since long before the enactment of the Forest Act.  The forest department is now desperate to evict them from their ancestral land. They are being harassed with 10 to 11 false cases in the name of each of the indigenous forest dwellers.

The meeting also demanded the enactment of a new forest law to ensure the protection of the rights of forest-dependent indigenous peoples and to ensure accountability of the Forest Department. Apart from this, the views and opinions of the forest dwellers have to be given importance in the laws and policies related to forests, the speakers demanded. 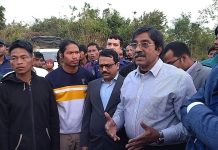 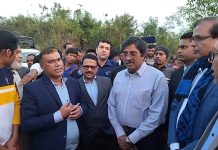 NHRC is with Rengyen Mro villagers of Lama: NHRC Chairman 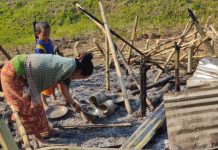