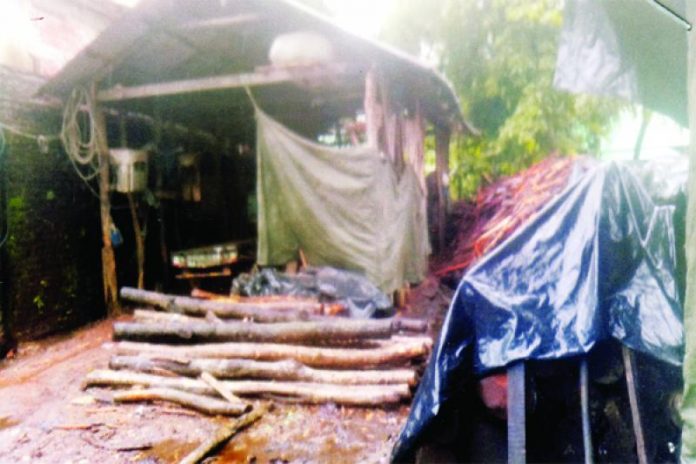 Hill Voice, 24 August 2020, Cox,sbazar: Recently, it has been alleged that a Bengali land robber named Kamaruddin has been forcibly occupying the land of the indigenous Rakhine community and constructing shops on that land in Fatehkharkul area of ​​Ramu upazila under Cox’s Bazar district.

Despite the court’s ban, land robber Kamaruddin is reportedly forcibly constructing shops on land owned by Lutkya Rakhine and his brother.

According to local sources, people of Rakhine community have been living in Fatehkharkul mouza area for ages. After the death of his father, Lutkya Rakhine and his brother inherited about 0.82 acres of the land. Later, in need of money, they sold some land and have been occupying the remaining 0.43 acres of the land.

But even then the land robber Kamaruddin hired a group of miscreants and started building a shop on the land. In this situation, Lutkya Rakhine and his relatives were helpless and filed a case with the Cox’s Bazar Senior Assistant Judge’s Court. The court then issued an order on August 10, 2020, banning the construction work of Kamaruddin on the land of Lutkya Rakhine and his brother.

But despite the court order, it has been alleged that the land robber Kamaruddin is forcibly carrying out construction work in the place of the Rakhine community by unjustly influencing the police.