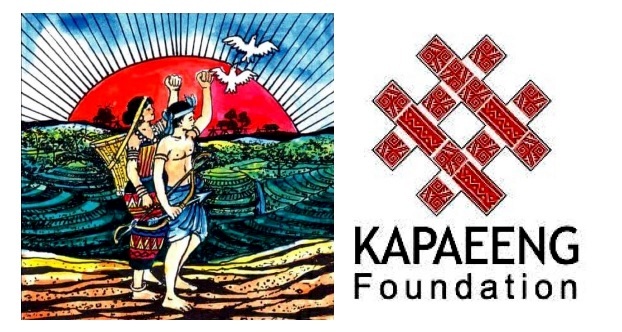 In a statement signed by Hiran Mitra Chakma, on behalf of BIPF and KF, the two indigenous rights organisations have expressed concerns over the Corona (Covid 19) situation and the recent outbreak of measles in Sajek union of Baghaichari upazila of Rangamati district and Lama upazila of Bandarban district. Government and non-government initiatives in combating coronavirus and the way it has received everyone’s attention will undoubtedly produce good results. But it is also needed to take into consideration whether the outbreak of measles in the hills will be hidden due to corona pandemic from the eyes of the authorities. For this reason, we urge the government and non-governmental organizations and concerned authorities to give it priority and provide continuous medical and healthcare services.

The statement said that this natural epidemic occurred about a month ago, and that at least 300 children were infected and 8 children were dead. In the meantime, the local residents are living in great anxiety and public life has been disastrous. This undoubtedly reflects the poor condition of the civic amenities and health services of the area. Relevantly, measles has been reported in Ruma upazila of Bandarban district as well.

It is to be mentioned that about 250 persons of 6 villages in Sajek union have been affected by measles while most of them are children. Currently, Arunpara area under Tuichui Mouza in Sajek is the worst affected village. 6 children died in a span of 20 days. The other affected villages are Longthian Para, Kamalapur Chakma Para, Newthang/Notunpara, Hayicchapara and so on. It is known that at least 100 children and 7-8 years old are in the worst affected. The villagers alleged that no vaccination was provided to the children in their villages. None of the government’s health services and health workers also reached there. It is to be noted that backward socio-economic conditions and lack of public-private health care has left these villagers, especially the children malnourished and diseased.

On the other hand, the outbreak of measles has occurred around the same time in the remote areas of Lama Union in Lama upazila of Bandarban hill district. A 6-month-old Mro child has died and 42 have been infected, including at least 33 children in Mro inhabitant’s area of Lallyapara area in Lama. It is learnt that, on 16 March 2020, 31 children and two adult patients were admitted to the Upazila Health Complex. At the very first of the outbreak, health workers tried to keep it as an unknown disease. Needless to say, many remote areas of Bandarban upazila, including Lallyapara, did not have access to public healthcare.

The statement also pointed out that medical services are being provided in the troubled areas of Sajek. Measles vaccines and vitamin A capsules are being fed. But some patients are still in so critical that, they have to be brought to Chittagong by helicopter with the help of law enforcement agencies. On the other hand, it is not known whether the health workers team went to the troubled area of ​​Lama upazila yet.

The indigenous rights bodies opined that such outbreak would not have occurred if the government had reached out to the public with immunization programs and health care services. If the responsible organizations or individuals performed their duties properly, these lives could have been saved. In the Twenty-first century death due to measles cannot be imagined.

In this situation, BIPF and KF urge the government and non-government organizations to come forward to save the affected people. Individuals or organizations also need to raise their hands to ensure their health care and nutrition. This humanitarian crisis should not be lost in the midst of a coronavirus crisis. In addition to combating corona crisis, the outbreak of the measles in Chittagong Hill Tracts should receive the attention from the administration and the affected patients should recover and return to their normal life.