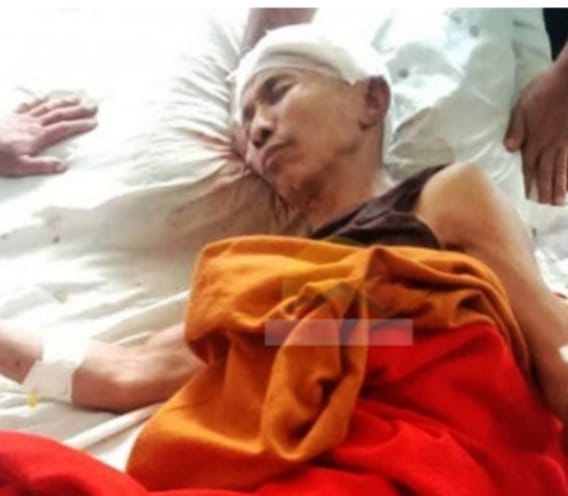 Hill Voice, 22 July 2020, Rangamati:  The miscreants have tried to hack to kill Bodhi Briksha Shraman (55), a religious guru of Dokhaiya Dharamsala Bana Bihar of Rupkari Union under Baghaichhari upazila in Rangamati district. Locals have confirmed that he is the son of Subhash Karbari of Maichhari area and his family name is Tarun Jiban Chakma. He lived alone in Bihar.

Samar Bijay Chakma, a member of Rupkari Union, said that the miscreants broke the lock of the donation box in Bihar and looted about Rs 50,000.

He said the miscreants committed the incident on 22 July 2020 Wednesday early in the morning at 3:00 am. Later, the locals rescued Bhante in a bloody condition and admitted him to the Upazila Health Complex. Bodhi Briksha Shraman has become a bit weak due to head injury. At present he is in intensive care of doctors.

The idea is that the drug addicted youths of the area may have committed attack on him for the sake of money.

Baghaichhari Police Station OC MA Manzoor said, “We have sent the police as soon as we got the news of the incident. We are trying to identify the culprits.” 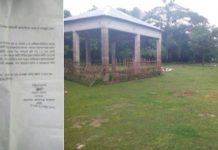