Hill Voice, 9 July 2020, Bandarban: It has been alleged that the army have intensified its crackdown on innocent villagers and searched their houses in different areas of Bandarban in connection with the 6 murders that took place in Baghmara on 7 July. The army have already raided several villages and arrested at least one person. A case has been filed with Bandarban police station against 10 people who are vocal for implementation of the Chittagong Hill Tracts (CHT) Accord through democratic means.

According to local sources, on 8 July 2020, Tuesday at around 1.30 am, army raided the Uji Headman Para in Kualang Union of Bandarban Sadar Upazila arriving there in three vehicles and cordoned off the entire village.

Meanwhile, on 9 July at around 2:00 pm, a group of army personnel conducted a search operation in Baghmara Headman Para of Rajvila Union. At that time, the house of Mong Shwe Sai Marma, students and youth secretary of Bandarban Sadar Upazila branch of Parbatya Chattagram Jana Samhati Samiti (PCJSS), was surrounded by army.

At that time, the army woke everyone of the house up and searched the house. However, Mong Shwe Sai Marma was not at home at that time. When he was not found, the army harassed and threatened his family members in various ways.

On the other hand, on 8 July 2020, General Secretary of the Bandarban district branch of the Reformists, Ubamong Marma, filed a case in connection with Baghmara incident against 10 members of the PCJSS and its associate organizations with Bandarban Sadar police station. Besides, 10 other unidentified persons have also been accused in the case.

According to the sources of PCJSS, Apai Marma, Nirekta Chakma, Mongprue Marma, Jarip Kumar Thanchangya and Mongshwesa Marma are five members of the PCJSS. The other 5 people are known to be supporters of the PCJSS.

Sajib Chakma, Information and Publicity Secretary of PCJSS, said that the members and supporters of PCJSS have been accused in the case for political harassment and to destroy the organization capacity of PCJSS in Bandarban.

A member of the civil society in Bandarban, who are vocal for the land rights of Jumma people and for the implementation of the CHT Accord and who did not want to be named, said that the arrival of Reformists in Bandarban on 31 May with the help of special forces, ignoring the ongoing coronavirus, the residents of Bandarban have never seen it with good eyes.

He said that after arriving of Reformist in Bandarban, as a result of their misdeeds like beating, harassing, demanding extortion etc. by calling one person after another to their base with arms openly, the residents of Bandarban became angry with the Reformists.

The public representative further said that the people of Bandarban have also seen the relationship to tail dung of the Reformists with the newly formed unruly Mog Party or Mog Liberation Party who defected recently from Arakan Liberation Party (ALP). On the other hand, it angered the ALP against Reformists and Mog Party. 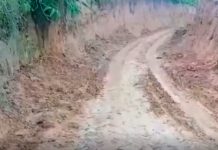