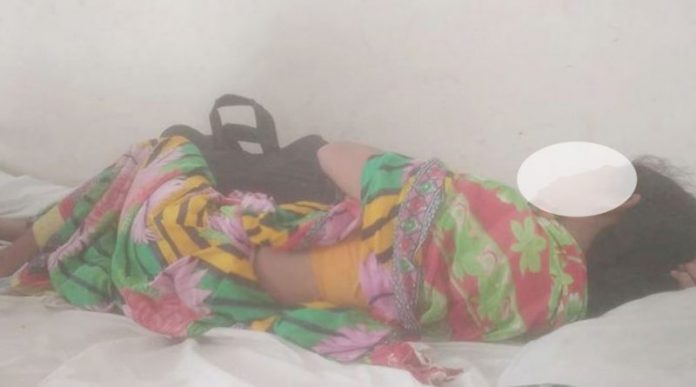 Hill Voice, 13 October 2020, Rajshahi: A 21-year-old indigenous woman has been tortured in Tanore upazila of Rajshahi district for not agreeing to the ill-proposal of a local Bengali influential person. On 12 October 2020 Monday morning, the villagers rescued the victim from the front of the influential man’s house and admitted her to the Tanore Upazila Health Center.

According to villagers and hospital sources, Shahidul Islam (30) son of Saifuddin of Chachnaka Shimultala Nich Para village had been ill-motive proposing to the woman for a long time.

On Sunday night (October 11) the woman was on her way with Ratan Murmu (34) of Rajbari Adivasi Para in Nachol Upazila when Shahidul Islam spotted the two of them at Shimultala and he beaten up Ratan Murmu and detained the woman. At that time Shahidul tried to rape the indigenous woman. Then he made a bad proposal. Shahidul beaten up the indigenous woman with a stick when she refused to agree to the offer.

When the villagers came forward hearing the woman’s screams then Shahidul Islam told them, “This woman came to steal, so I kept her detained and beaten her up.”

In this regard, a woman named Martha Tudu from Shimultala Adivasi village said, Shahidul is very influential person in the area. He had been coming up with a bad proposal for a long time.

When contacted Shahidul Islam said she was caught on suspicion of being a thief at night and was released in the morning with some belabor and avoided reporters.

Officer-in-charge (OC) of Tanore Police Station Rakibul Hasan said no such news or complaint was received. Legal action will be taken if a complaint is lodged.