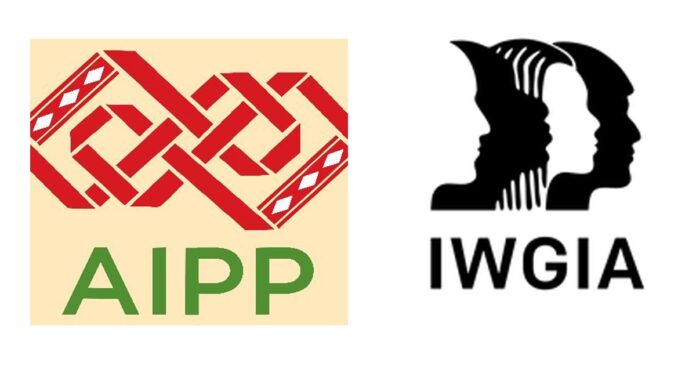 The AIPP & IWGIA, with the endorsement of 82 organizations and 106 individuals from all over the world, including UN Experts, human rights activists, academician and others, made this appeal through open letter sent by email, fax and post on 1 December 2020. They also appealed to the PM and the CHT Affairs Minister of Bangladesh to support the Indigenous Mro Peoples in their struggle for their rights. A press release signed by Gam A Simray of AIPP made this information.

The letter expressed deep concern and solidarity with the Indigenous Mro communities, who right now are facing eviction from their ancestral lands as well as other human rights violations because of the construction of a five-star hotel in their territory.

The open letter said the officials of the Army Welfare Trust and a giant business entity (the Sikder Group-owned R&R Holdings Ltd.) have jointly encroached on the Mro indigenous swidden farm-land, village forest, cremation grounds, other sacred sites, and different fruit orchards to construct the hotel and to use the adjacent lands for trekking, swimming, cable car rides and 12 luxury villas. The project was made public only through an announcement of Bangladesh army and Sikder group on 12 September 2020. The construction of the luxury hotel and related tourism facilities will effectively destroy the social, economic, traditional, and cultural fabric of the Mro Indigenous people and its community. Mro villagers have no other way to survive without this land, moreover, this displacement and eviction will bring a destruction in the history of the Mro Indigenous Peoples civilization, the letter added.

This project is not only violating the Bangladesh Constitutions, CHT Accord 1997, and CHT related laws and regulations, but also a violation of the Bangladesh Government’s commitment and obligations at international forums to protect and promote human rights, including to the UN General Assembly and the Human Rights Council, the letter added.

The organisations raised concern about the safety and physical security of the Mro community members who organized protests against the project, who claim that they have been subjected to threats and intimidation. The army has publicly threatened community members of killing indiscriminately with brushfire if they plan or stage any protest or demonstration in the future.

The organisations and individuals urged the Government to:

-Immediately abandon the construction of the luxury hotel on the Chimbuk-Thanchi route, and ensure that any further construction or establishment on the Mro and other Indigenous land respects the free prior and informed consent of the peoples and communities.

-Protect and develop the lives and livelihood of the Indigenous peoples in line with Bangladesh’s commitment in its Constitution and international human rights law.

-Immediately stop the harassment and intimidation of the activists of the Mro indigenous people’s movement for peacefully protesting against the project.

-Conduct an investigation by an independent Commission of Inquiry (into the sham protest as well as the illegal detainment of the peaceful movement).

-Establish a constructive dialogue with the Indigenous Mro communities and their representative organisations regarding their concerns.

-Declare a timeframe or roadmap for the speedy, proper, and full implementation of the CHT Accord of 1997.

In the press release, Gam A. Shimray, Secretary General of Asia Indigenous Peoples Pact said “The construction of a five-star hotel in the Mro Indigenous territory in Bangladesh is illegal.” He also added that “It is in violation of the UN Guiding Principle on Business and Human Rights and other international human rights standard pertaining to Indigenous Peoples, particularly the right to Free Prior and Informed Consent of the Mro people. The Government must immediately ensure that the Army and the company are held accountable and hold dialogue with the affected communities and the CHT Regional Council respecting the CHT peace accord and international human rights standards.”

On the other, IWGIA’s Executive Director Kathrin Wessendorf said “The Indigenous Mro risk losing everything they have – their livelihood, their culture, their homes. And for what? A 5-star hotel resort. This is absurd. The government of Bangladesh must ensure that the rights of Indigenous Peoples are respected, and that a fair process is initiated before these private sector projects are approved!”