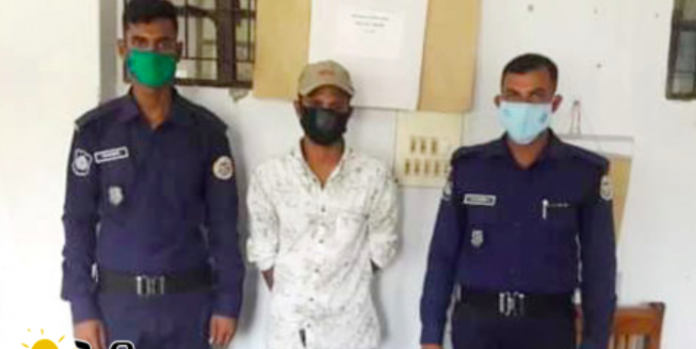 Hill Voice, 18 May 2020, Patuakhali:  A Rakhine girl (15) studying in grade X of Kalachan Para in Mahipur upazila of Patuakhali district has been raped.

It is learnt that Al Amin (23), a college student, son of Mannar Meera of Nayoripara village of the same upazila, forced the Rakhine girl (15) into a love affair by threatening her at different times.

On May 14 Thursday at 2:00 pm, Al Amin lured the victim out of the house and forcibly raped her at the store of Hanif member fish market.

In response to the allegations, Mahipur police immediately conducted an operation led by Mahipur police SI Tarek Mahmud and arrested the rapist Al Amin (23) from Alipore Three Point under Mahipur police station at 11:00 pm on Friday, May 15. The arrestee was sent to court on Saturday.

Mahipur Police Station Officer-in-Charge Moniruzzaman said, “As soon as we received the complaint, we started arresting the accused. As a result, I was able to arrest the accused. The victim has been sent for a medical examination.”